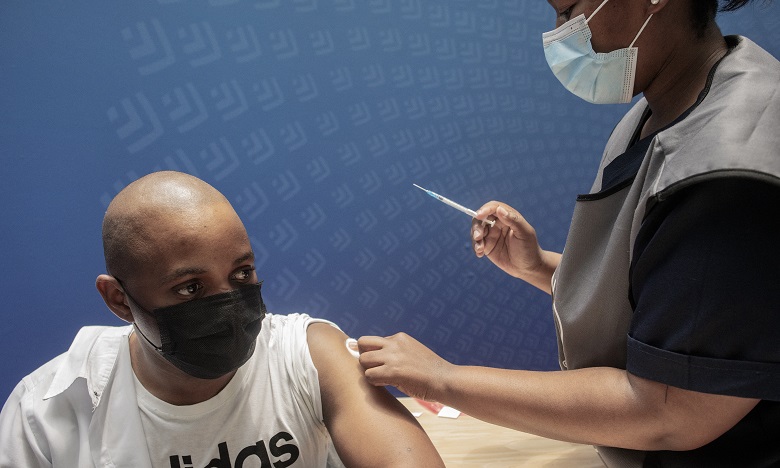 According to the World Health Organization, more than half of the world’s population still suffers from low vaccination coverage and low testing capacity. Phone: AFP

The Director-General of the World Health Organization, Tedros Adhanom Ghebreyesus, warned again on Wednesday of the consequences of unequal access to vaccines against Covid between rich and developing countries.

If the development of so many vaccines in record time is a victory for science, and has changed the course of the Covid-19 epidemic above all, this new situation remains “a tragedy when billions of people have not yet benefited from life-saving vaccines,” Tedros criticized at a meeting of the European Union (EU). ) and the African Union (AU) in Marburg.

During this meeting on “Equality in Vaccines for Africa”, the Director-General of the World Health Organization denounced the inequality of access to coronavirus vaccines between rich and developing countries.

For the head of the World Health Organization, it is not only “moral failure, but also epidemiological failure, which creates ideal conditions for the emergence of new variables” in the world.

Thus he criticized the selfish position of the rich countries and indirectly criticized some vaccine manufacturers. However, for the World Health Organization, the planet has “the tools to control the COVID-19 pandemic this year”.

But we are plagued by rampant inequality. “In many countries with high vaccination coverage, a dangerous narrative has emerged that the epidemic is over,” said the WHO chief, addressing top African Union and European Union officials.

In fact, more than half the world still struggles with low vaccination coverage and poor testing capacity, according to the UN’s global health agency, which notes that 116 countries are currently “not on track” to reach the WHO’s common goal of vaccinating. 70 percent of each country’s population by mid-2022″.

The gap is clear on the African continent, where “more than 80% of the population has not yet received a single dose”. According to a count released by the World Health Organization on Monday, more than 10.2 billion doses of the vaccine have been administered worldwide, most of them in wealthy countries.

But to fill this gap, the World Health Organization considers local production to be “essential”. “We can only achieve this goal through real collaboration in the development, production, distribution and use of vaccines at the local level, using a variety of platforms,” said Dr. Tedros.