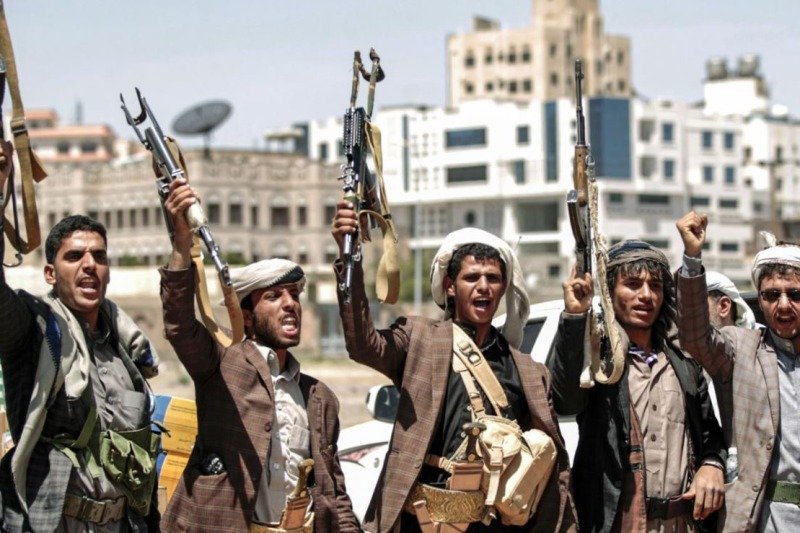 The Security Council adopted a resolution describing the Houthi rebel militia in Yemen as a “terrorist group” and condemning the group’s attacks on civilians and civilian infrastructure in Saudi Arabia and the UAE.

And in a resolution that voted 11 against, with 4 abstentions (Ireland, Norway, Mexico and Brazil), all permanent members of the Security Council voted in favor of it, and the sanctions on Yemen were renewed and the Yemeni rebel group was added to the sanctions list.

The Yemeni rebels who led the country into war since 2015, known as the Houthis or Ansar Allah, have been branded a “terrorist group” and now the arms embargo has been extended to include them.

The Security Council also decided that the Houthi movement should be subject to the procedures imposed by paragraph 14 of resolution 2216 (2015). In particular, it calls on member states to take the necessary measures to prevent the direct or indirect supply, sale and transfer of arms and related materiel of all kinds to certain entities,” said the statement punishing the meeting on Yemen.

The text adds: “The Council (…) strongly condemns the cross-border attacks by Houthi terrorist groups that have targeted civilians and civilian infrastructure in Saudi Arabia and the United Arab Emirates.”

The United Nations has described the Houthi rebel militia as a “terrorist group”, due to the numerous violations against the Yemeni people and the international community.

The resolution extends the mandate of the Group of Experts until March 28, 2023 and requests the Secretary-General of the United Nations, Antonio Guterres, to take the necessary administrative measures as soon as possible to reconstitute the Group of Experts on Yemen, in consultation. with UNHCR.

The latest report of the Panel of Experts on Yemen confirmed the transfer of weapons from outside Yemen to the Houthi group, and found that this arms transfer is a violation of the arms embargo imposed on Yemen. This new decision refers to the conclusions of the expert group.

Moreover, the text condemns in the strongest terms the increasing attacks on civilian and commercial ships, as well as the seizure of merchant ships off the Yemeni coast. It reiterates its “deep concern” about the Houthis’ declared intention to launch attacks against civilian targets such as those targeting the United Arab Emirates.

In mid-February, the UN humanitarian coordinator, Martin Griffiths, stressed that the war in Yemen continued to threaten the lives of millions across the country. “At the moment, this crisis shows no signs of abating,” he told the Security Council.

We have witnessed a brutal and dangerous escalation of the conflict over the past six weeks. This has had serious consequences for civilians and civilian infrastructure, he added.