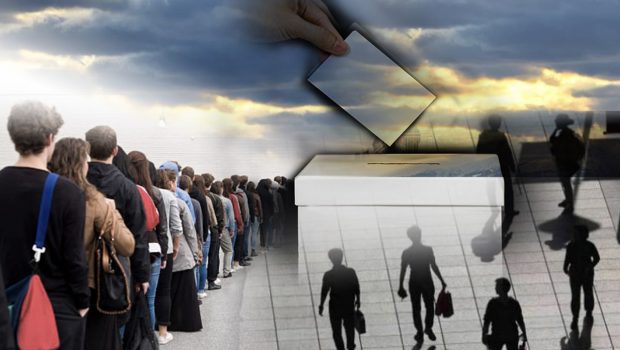 Official declaration of ELSTAT of the legal population of the country 2021 Census The countdown to the possibilities begins while bringing changes to the electoral map Election Notification There is still the formal issue of publishing the results in the official gazette.

Other districts will win because they will be represented by more MPs in the next parliament and others will lose.

However, according to the estimations of the parties before the official announcement:

They will win seats

The new electoral map creates new data among parliamentary candidates of the same party. The crusade will be particularly fierce in districts where seats have been reduced.

Which districts are losing seats?

So now Monohedrals are multiplied by two Because Thesprodia and Kastoria will be added to the existing ones.

Now, at the party headquarters, for the caroms of the election law, they calculate the exact number of seats they can claim, three seats and the rest of the districts with little buttons.

Ballots should be declared

From Monday, parties will start declaring their votes after making calculations for seats for each electoral district, leaving some positions open to last-minute surprises.

However, as in.gr has written since December 6, the elections will most likely be Palm Sunday.