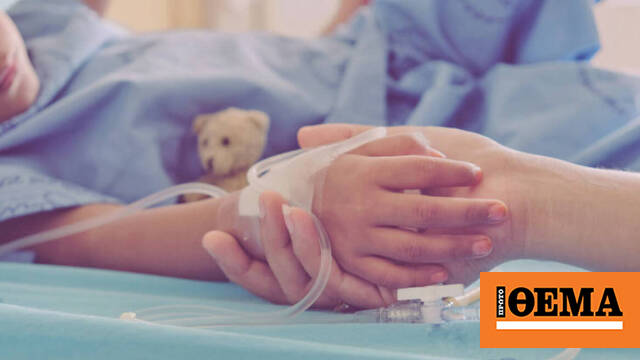 The miracle her family had been waiting for Little good news from CorinthSufferer Corona virusThe girl’s parents and relatives were not saddened.

Little angel, trapped Corona virus By her mother and two days later, she was rushed to Corinth Hospital by her father, where doctors literally fought to save her. Stay alive for 3 hours. Served immediately through the tube EKAV Ambulance to Children’s Hospital “Panagiotis and Agleia Kyriako” of Athens.

A 2.5-year-old girl has been admitted to the hospital Intensive care unitBut unfortunately according to her father’s testimony, as the doctors usually told him, the baby had only a 1% chance of survival.

It was this small chance that revived her parents’ hopes that the family’s relatives were not comforted that Evangelia would make it. When they find out their baby’s heart isn’t beating because of complications Corona virusThey collapsed themselves.

According to the doctors, the child has no other health problems. The Killer virus It caused inflammation in the center of the child’s brain, causing his entire nervous system to die. Ten days after becoming ill, H Little good news passed away

“The child Corona virus, has collected fluid in the skull. The swelling is not in the right or left hemisphere, but in the central axis of the skull and doctors cannot do anything about it. It paralyzes the baby’s nervous system. “The child is strong, his heart endures” said the girl’s father with tears in his eyes, all praying for her to live. In fact, he sadly thanked the doctors at Corinth Hospital and all those who prayed with the family to win the battle for the girl’s life.

See also  Evangelos Venizelos - Anna Diamantopoulou: A Conversation on the Occasion of a Question Mark