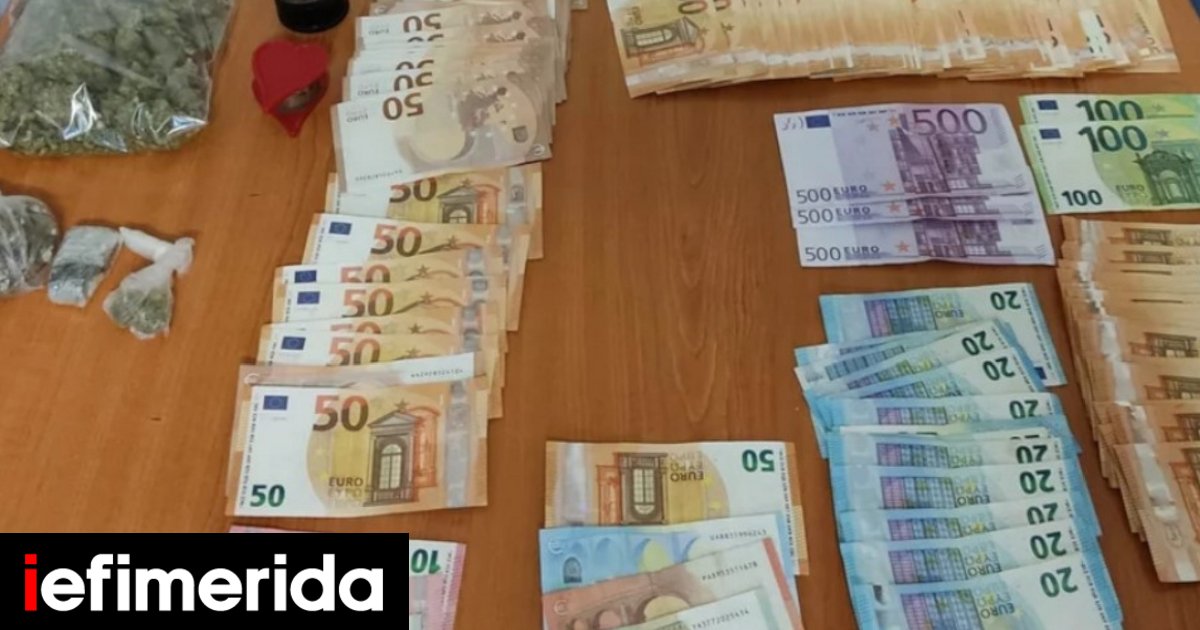 More than €70,000 was committed by members of a criminal organization who possessed, stored and Drug trafficking All over Athens.

The leader, according to reports, is 64-year-old DA, the best man of a popular folk singer, whose name is included in the case file created by the Athens Security Sub-Directorate.

The police moved Of the three arrestsOn December 27, a “customer” was also arrested in Elenikos and Vari region, and the next day, December 28, in Iliopoli region.

A total of 9 persons have been included in this case.

All are charged on a case-by-case basis with organized crime, money laundering and drug and weapons violations.

Members of the criminal organization carried out at least 750 transactions in which at least 900 grams of cocaine and at least 500 grams of cannabis were traded.

33-year-old ML supplied a quantity of cocaine every 7 days or so. Originally from Albania.

He was the man who stashed the drugs at his home in Kercross Street, Warri.

Cocaine was distributed daily to customers all over Attica, and in fact the “white girl” amount trafficked per week exceeded fifty grams.

According to the filing, the minimum supply of cocaine is 0.5 grams, which amounts to 35 euros.

At the same time, the organization offered a minimum of 1 gram of cannabis for 5 euros.

He also attempted to commit fraud through shell businesses and issuing forged or bad checks.

The supplier role in this case is 61-year-old H.P.

Playing a key role in this system is a 50-year-old ME, an associate of a 64-year-old who, in addition to cooperating in drug trafficking, also cultivates his own clientele.

In order not to reveal their activities, members of the organization avoided contact with regular telephone lines. That is why they mainly use online applications.