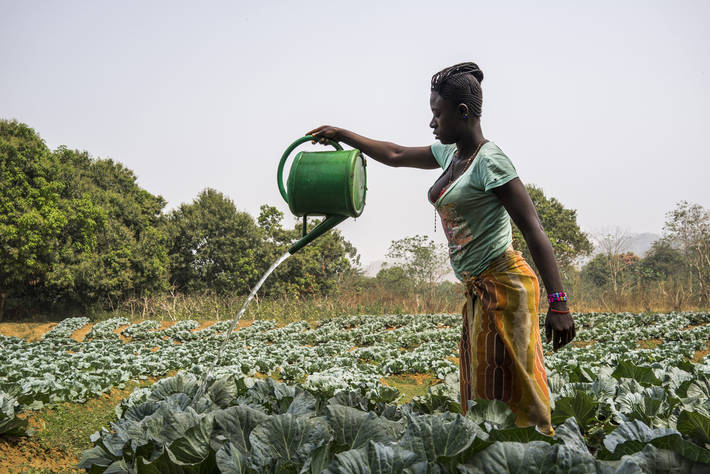 The OCP Group organized, on Tuesday 8 March, through its initiative called “Trait d’union”, a webinar entitled “Women farmers: cross-references between Europe and Africa”. The aim is to compare the situation of women farmers in Europe and Africa and to address the various forms of discrimination they face.

Today, family farming accounts for 40% of the world’s populationor 2.6 billion people whose income directly depends on this activity, as we mentioned during this webinar.

The position of women in the agricultural sector is closely related to the question of their place in family farming. In the vast majority of current family farming models, men have the status of “farm chief”. But in this context, women know Difficulties related to their vision and representation in the social space.

In sub-Saharan Africa, women produce up to 80% nutrients Intended for home consumption and sale in local markets. Despite their role and influence, they still enjoy support Much less than men.

Alimata Coulibaly, director of Les Précuits in Côte d’Ivoire, explains that African women farmers Adapt and accept their situation, even in the case of instability, believing that this is the norm. This thought is linked to customs, culture and education, according to the same source.

at On top of the discrimination they face, Obtaining land ownership and credit. Nor do African women farmers have the same rights as their male counterparts when it comes to access Agricultural inputs, training and markets. He also called on the World Bank to take concrete political measures to curb this phenomenon The gender gap in African agriculture.

” rural migration It is also a barrier to agriculture in Mali “Women at Work” Sana-Wonnie Timenta, President of the Cooperative in Mali explains that this phenomenon is closely linked to the fact that women farmers do not have access to land ownership and credit.

Finally, in Africa, although women account for more than half of the agricultural population, overall deprived of potential factors to improve their productivityaccording to the World Bank report Leveling the Field: Improving Opportunities for Women Farmers in Africa, published in 2014. He noted the significant differences in production between men and women in six African countries: Ethiopia, Malawi, Niger, Nigeria, Uganda and Tanzania.

to improve Access to information By creating an intelligence system dedicated to rural women that explains their rights to them can improve the situation of women farmers and give them the power to empower them,” explains Pierre Jaquimout, economist, former diplomat and head of the Initiatives Group for the Gret, citing the example of Senegal.

Formation of a group of women farmers in the form cooperative It will also allow women to get around the difficulties related to their profession, according to the same source.