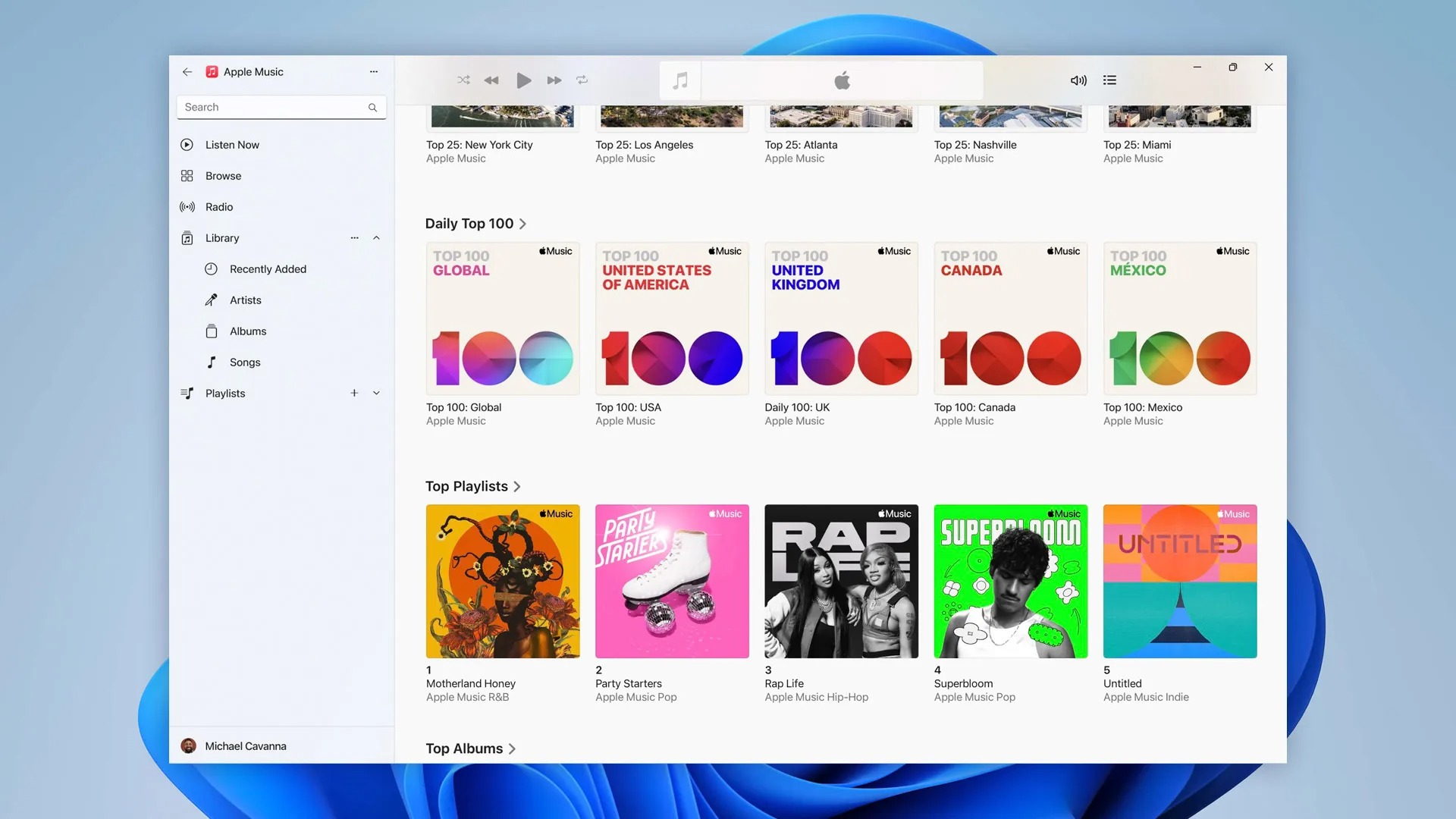 Apple stopped developing the iTunes app for macOS in 2019 when it split the app’s functionality into four apps in macOS Catalina.

But for Windows users with large local media libraries or who want to back up their devices or subscribe to Apple Music, iTunes persists. In recent years, the Apple app has received minor maintenance mode updates to maintain compatibility with the company’s devices and services.

As part of a new launch Windows 11 trial For Windows Insiders, Microsoft has announced previews of new apps Apple MusicAnd Camel And Apple devices Available in the Microsoft Store for download.

The Apple Music and Apple TV apps handle iTunes music and video features just as they do on macOS, and provide access to Apple Music and Apple TV+ subscription services. The Apple Devices app is what you’ll use to make local device backups, perform emergency software updates, sync local media, and other tasks you can do with an Apple device connected to your computer. On macOS, a similar feature has been added to the Finder, instead of having a separate app like Windows.

Right now, if you install any or all of the three apps, you’ll no longer be able to use iTunes, so if you still rely on iTunes for anything specific the apps don’t handle, you might be better off not upgrading. Alternatively, you can use iTunes again if you uninstall the new apps.

Right now, iTunes gives you access to two things on Windows that you can’t use with the new apps: podcasts and audiobooks. We don’t know if Apple plans versions of the Apple Podcasts or Books apps to run on Windows, or if that feature will be added back to the Apple Music app for Windows. Another scenario is for Apple to rely on cloud versions of both apps.

Apple Music’s release notes say that podcasts and audiobooks on Windows PC “will not be available until a compatible version of iTunes is released.” This indicates that Apple is working on a version of iTunes that can run alongside the new apps, and that iTunes may continue to handle certain features if there are no official versions of Apple Podcasts and Books for Windows.

Microsoft announced that versions of Apple Music and Apple TV would come to Windows last October, along with other new features for Windows 11 and the new Surface PCs. Currently, the apps require Windows 11 with the 2022 Update installed to run, although it’s possible that the final versions will also be compatible with Windows 10 or earlier versions of Windows 11.