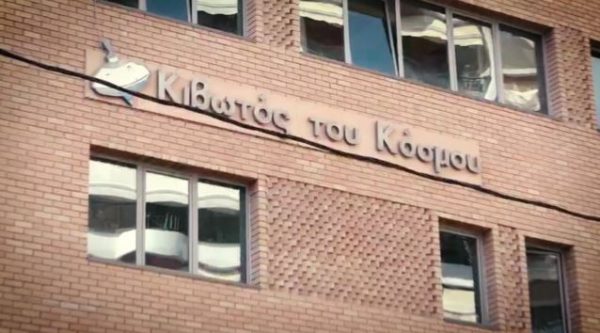 They have no end Revelations about the ark of the world After Complaint made by a 19-year-old youth in the beginning. The organization may deny what is being reported but new facts are constantly coming to light.

Iolos’ bag was opened by a 19-year-old former guest of the structure, who testified to authorities. According to her complaint – and published the first headline – she herself was sexually harassed Father Antonio.

What the eyewitness says

Realizing that the 19-year-old had an eyewitness to complain, Father Antonios’ first action was opened by a 17-year-old, a man. A friend of the child found before an indecent incident. According to the witness, father Antonios tried to give the child enough money the next day after seeing everything so that the child would not say anything.

In particular, the eyewitness said: “After everything that I saw in the room happened, the very next day, Father Antonios approached me and warned me not to talk about what I saw anywhere, not to tell anywhere. In particular, he told me that he would give me thousands of euros to forget what I saw. What I saw should have happened properly. . In fact that night I saw them in the living room and my friend came and told me everything, but he is still afraid to speak. I am finally happy that he listened to us and finally found the strength to report him,” he said.

What did the 19-year-old complain about?

The 19-year-old who reprimanded Father Antonio argued: “He pretended to drown me, he started putting his hand inside my swimsuit. At first I tried to justify it out of love for him and didn’t say anything. I was scared on the way, I didn’t know how to deal with it. This is in the sea, time goes by. , he did it often, he did it to me 10 times in one day at sea.”

“So, when I went to my father’s house in the morning, we were sitting in the living room of the third floor and I fell asleep on the sofa in the corner and father was sitting. One day, while I was waking up, I put my head on my father’s thigh and was immediately dragged away. Another morning, while I was sleeping, I felt my father rubbing his genitals on the back of my head, over his clothes. I woke up, shook my hand from my nerves, and sat across from him.”

However, with Givotos’ announcement, Father Antonios denied the reports and announced that he would appeal to the justice system.

“The complaints published in Sunday’s newspaper are completely false and defamatory (…) For Kivoto, we want to state very categorically that this issue is not legal, but primarily moral. However, we must protect our children, organization, volunteers and staff, and that is why defamation and falsehood The impeachment proceedings will proceed immediately,” it said.