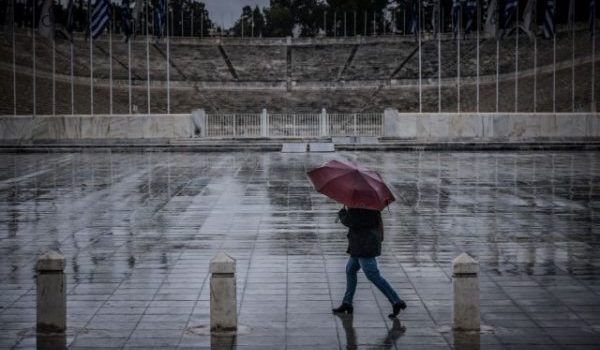 Dangerous weather events Today Saturday (05-11-22) and tomorrow Sunday (06-11-22) will occur in some parts of our country, according to the National Weather Service’s new (updated) emergency bulletin of severe weather events issued Saturday morning.

According to EMY, Bad weather Eva -It already affects the northwest (North Ionian and Epirus)- Its main characteristics are the great height of rain, great speed and great frequency of lightning.

read more: What is the frozen mistral that bad weather Eva “savages”.

Today Saturday (05-11-2022) From the afternoon the strong and locally dangerous weather events that have already affected the northwest (northern Ionian and Epirus) will spread to southern Ionian, western Styria and western Peloponnese.

from the night Stronger effects will extend further east over eastern Peloponnese, central Styria, Thessaly, western and central Macedonia (including the city of Thessaloniki) and overnight eastern Styria (including Attica) and Evia.

a) By noon in the Ionian Sea,

b) Afternoon on mainland (except Thrace),

c) From morning in Cyclades, Western Crete and Sporades

It is noteworthy that these events will be particularly intense in Central Macedonia, Thessaly, Sporades, Eastern Styria (including Attica), Eastern and Southern Peloponnese, and Western Crete.

According to the map published by meteo.gr, strong storms will begin to affect the province of Attica and the city and province of Athens on Saturday night and especially in the first hours of the shift to Sunday. City of Thessaloniki. 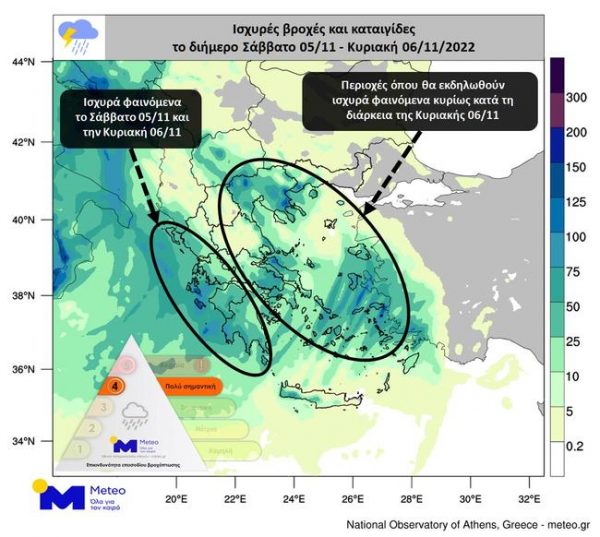 See also  A high school philosophy teacher has been arrested with 9,507 records related to child pornography

Events in Thessaloniki and Athens on Sunday 06/11 will be intense at times.

As the representative of the fire department, Yiannis Artophios, said yesterday afternoon during the emergency conference on bad weather Eva, there is a strict recommendation to control the movement from civil protection, while depending on the events, messages from 112 will be sent. Citizens in other cases.

Referring to the National Meteorological Service (NMS), he stressed that the worst weather conditions are expected to hit gradually, from the morning onwards, with dangerous weather events that will have high altitudes as their main characteristics over most of the country. High frequency of rain, strong local winds and lightning.

He further said that all civil defense forces have been put on maximum alert and alert to face any flood emergency, while fire brigades have been deployed in areas where incidents are expected. Increased readiness and further expansion, if necessary, to deal with any problems promptly.