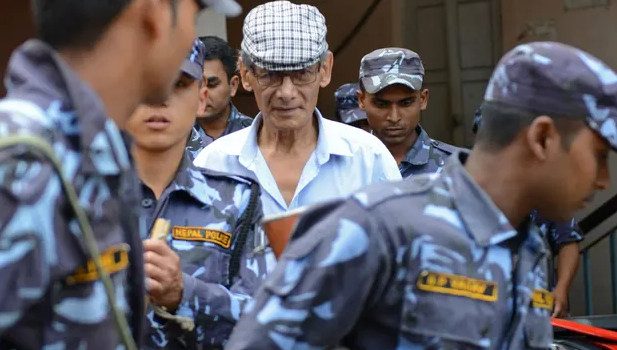 He became known by the nickname “The Reptile” and is responsible for it A series of murders In Asian countries in the 70s.

A document obtained by Agence France-Presse says that Sombraz, 78, who has been held in Nepalese prisons since 2003 and was convicted of killing two American tourists, will be released on health grounds.

“If there are no other charges against him for him to remain in prison, the court orders his release today and (…) his return to his country within 15 days.”

Sombraz, who has an Indian father and a Vietnamese mother, had a difficult childhood in France and ended up in prison several times for minor crimes.

In the 70s he started traveling around the world and found himself in the capital of Thailand, Bangkok. He used to approach and befriend his victims. Then he used to drug them, rob them, and kill them. In most cases, they were female tourists from Western countries.

His first victim is believed to be a young American woman who was found dead in 1975 on a beach in Pattaya. She was only wearing a bikini.

Sombraz’s name is associated with about 20 murders. He often used the passports of the men he had killed to travel to his next destination.

Nicknamed “The Reptile” – from his ability to switch identities to evade the authorities – he also gave the title to a hit BBC and Netflix series based on his life.

After his release in 1997 he returned to Paris. But he reappeared in 2003 in Nepal, and was arrested and sentenced to life in prison for the murder of American tourist Connie Jo Brunsich. Ten years later, he was also found guilty of murdering Brunsich’s Canadian partner.

In 2008, while in prison, Sombraz married 20-year-old Nehita Biswas, 44 years his junior and the daughter of his Nepali lawyer.