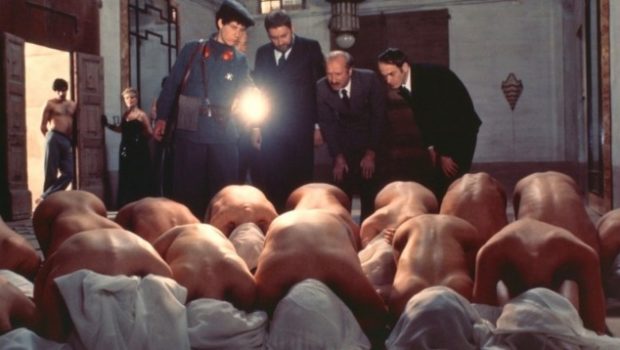 The direction was signed by Pier Paolo Pasolini, while he also wrote the script. The script is based on the book “120 Days of Sodom” by the Marquis de Sade.

This is the last film of the Italian director, in which he was killed some time later.

Its structure is reminiscent of Dante’s Divine Comedy. The play is set in the Republic of Salou, a hypothetical country founded by Fascio Mussolini during World War II.

The Fascists announced that they would educate 9 girls and 9 boys and, having received them with the consent of their families, turn them into slaves.

Distribution of the film was banned in several countries.

As mentioned earlier, the film was released in 1975. Three weeks after November 2, 1975, the day Pasolini was assassinated in Ostia, outside Rome.