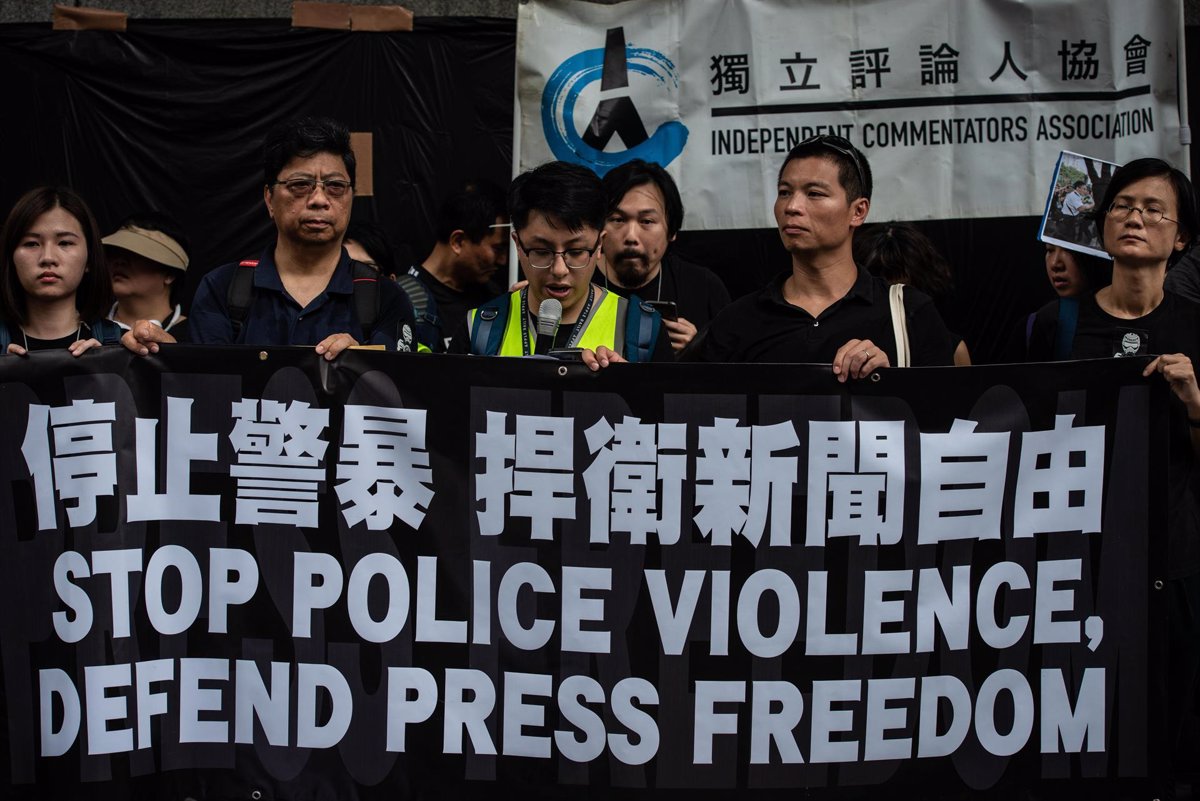 The IFJ is “deeply concerned” about the collapse of press freedom and the closure of the media in Hong Kong and has warned that current legislation is “stifling” journalists.

“The IFJ remains deeply concerned about the rapid collapse of independent media in Hong Kong since the National Security Act was enacted in 2020, and about the safety and welfare of independent professionals and journalists,” she said in a new press report. freedom in the region.

Specifically, the organization said that since the law came into force, about 20 journalists and press freedom activists have been arrested in Hong Kong, while at least 12 media workers have been arrested, charged with sedition and awaiting trial.

The organization summarized that Hong Kong has become a “city of fear” where “open debate is stifled” and where national security legislation “effectively serves as a link for all journalists”.

Moreover, the IFJ noted that after the law went into effect, tech giants Facebook, Google and Twitter issued warnings that they would stop providing their services in Hong Kong and cooperating with the forces. He ordered the disclosure of their users’ data.

In this sense, the report details that in the context of the lack of freedom of expression, both on social networks and in the press, the massive shutdown of independent media in Hong Kong is of concern.

She also noted that the “red lines” of reporting are often vague: “Journalists are unsure of what is allowed and what could be considered a violation of national security rights.

The organization appealed to the international community to support journalists who need to leave Hong Kong or find temporary refuge to continue their work, even if it means exile.

“Journalists and media seeking to report must obtain an entry visa to allow a variety of reporting on Hong Kong,” the report said, adding that many foreign media are subject to visa restrictions and renewals, which are used as a “control tool.”

“The IFJ notes that organizing campaigns to shut down civil society organizations constitutes a violation of citizens’ right to freedom of association under international conventions and various legal instruments, including the Declaration of Human Rights,” she said.