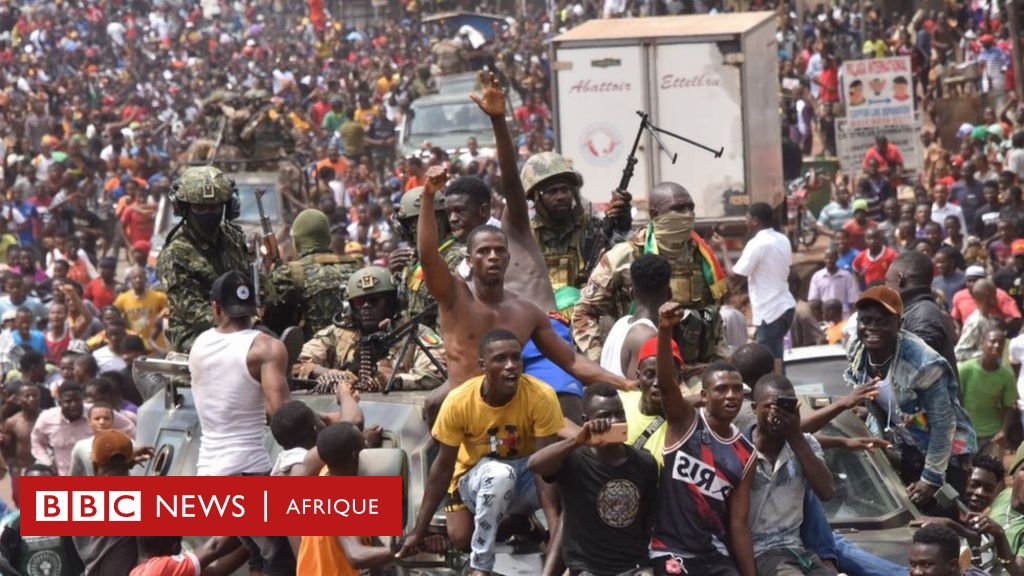 After the military takeover of five different African countries over the past year, some have suggested that democracy may not be the best form of government on the continent. But Leonard Mbul-Nezje and Nick Cheesman argue here that despite these setbacks, democracy is the way forward for Africa.

Africa has undergone a series of coups threatening to drag it into the 1980s and the era of military rule. Burkina Faso, Chad, Guinea, Sudan and Mali saw their governments overthrown and replaced by a military council.

The situation could have been even more alarming, as failed coup attempts were reported in the Central African Republic and, just a few days ago, in Guinea-Bissau.

To read exclusively on BBC Africa:

As each country is added to this list, voices rise that democracy does not — and cannot — work in Africa. After all, the overthrow of civilian chiefs was followed by festivities in the streets of some countries, where citizens applauded the downfall of elected leaders.

But if it is tempting to interpret the wave of coups as evidence of the death of democracy in Africa, it would be wrong. Even in countries where there has been a coup, the majority of citizens want to live in a democracy and reject authoritarian regimes.

What’s more, despite growing frustration with multiparty politics, democracies on average generate higher economic growth and provide better public services, according to a study by Cornell University in the US.

In contrast, military regimes have a long history of human rights abuses and economic stagnation.

In other words, Africa can reap the fruits of democracy – and the problem arises when supposed democratic leaders start using anti-democratic strategies to keep themselves in power against the will of their people.

This is a critical point. In countries like Guinea and Mali, rulers have not lost popularity because they established true democracies that have failed because this system of government is somewhat incompatible with African realities. Instead, presidents lost support as they undermined their democratic credentials amid growing instability and – in the case of Burkina Faso and Mali – jihadist insurgencies.

This becomes clear if one goes beyond the headlines to ask why some recent coups are celebrated publicly.

In Guinea, former President Alpha Condé controversially changed the constitution in 2020 to allow him to run for a third term. This was an unpopular strategy, not least because neither the constitutional referendum nor the general elections he subsequently won were free and fair.

Mr. Conde also became increasingly authoritarian in the months leading up to the coup, imprisoning his political opponents and anti-government activists and launching violence against them.

Similarly, former Malian President Ibrahim Boubacar Keïta has been accused of rigging the 2020 legislative elections. Combined with concerns about growing corruption and growing insecurity, this has undermined his personal legitimacy.

In both countries, civic leaders have lost popularity in part because they distanced themselves from democracy, and not just because citizens have lost faith in it.

Indeed, it is indicative that while many people supported the coups that ousted Mr Condé and Mr Keita, the latest Afrobarometer surveys found that 76% of Guineans and 70% of Malians reject the military regime.

These same surveys also reveal that support for democracy stands at 77% in Guinea, 70% in Burkina Faso, and 62% in Mali – further evidence that citizens supported a military intervention in the hope that it would pave the way for a more effective form of civilians. Not because they aspire to live under authoritarian rule.

Frankly, when coups are seen as usurping democratization processes, they have been very unpopular.

In Sudan, for example, thousands of people took to the streets to protest the military coup in 2021 that undermined the supposed transition of power into civilian hands after the overthrow of longtime leader Amal al-Bashir in 2019. Although hundreds were injured and hundreds more people were injured. At least 79 dead, the Sudanese people continue to demand their democratic rights.

One reason why democracy may remain the preferred political system for many African societies – even in countries where it has yet to be achieved – is the poor performance of authoritarian governments.

Rwanda is often cited as an example of what the “strongman” can do in the African context – achieving economic growth while reducing corruption.

However, Rwanda is the exception rather than the rule. In general, the lack of accountability under dictators and military councils leads to increased corruption and decreased effectiveness of economic policy.

The poor performance of authoritarian forms of government on African soil and the global desire to have a say in the decisions that affect our lives are part of the reason why support for democracy remains high.

This, in turn, is one reason why military councils usually justify their actions by claiming that they aim to restore the rule of law and save democracy from itself.

Another reason is, of course, the need to try to avoid international condemnation and sanctions by promising to return to multiparty elections and democratic governance. However, by invoking democracy to legitimize the military’s seizure of power, the perpetrators of the coups put themselves in the way.

In many, but not all, cases, new military rulers end up delaying a return to civilian rule. In some cases, the reason is that they value the personal benefits of power and do not want to give it up. In other cases, it is because they have political projects that they want to achieve and that take longer than expected.

However, having promised to pave the way for a more stable and inclusive government, it is disappointing pro-democracy citizens, to the point that the putschists themselves risk being ousted.

Military takeovers are unlikely to be an effective way out of this dangerous spiral, as each coup weakens democratic institutions and reasserts the power of the gun at the expense of the power of the ballot box.

To get out of instability and insecurity, it will be necessary to create stronger democratic institutions that are able to resist the manipulation of political leaders, and not authoritarian institutions that exclude citizens and conflict with their aspirations.

Leonard Mbul-Nzege is a research analyst at Africa Risk Consulting (ARC) and Nick Cheesman is Professor of Democracy at the University of Birmingham, UK.