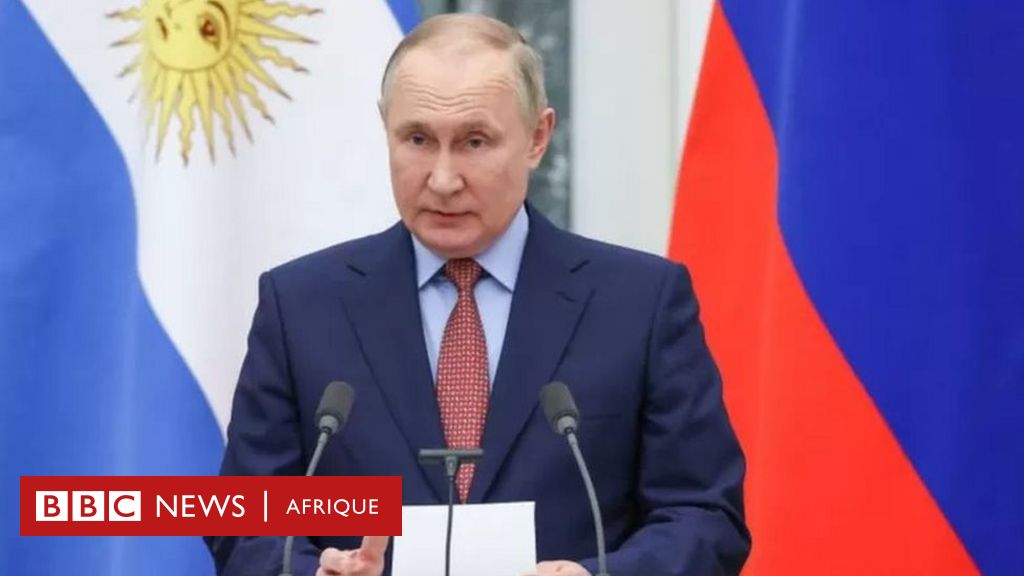 Tensions between Russia and Ukraine have been rising for several weeks.

Accusations from both sides have been flying for days. The United States says Moscow poses an “imminent” threat to Kiev and has more than 8,000 troops deployed in eastern Europe.

Meanwhile, Vladimir Putin’s government denied the possibility of an attack and accused Washington of trying to drag his country into a war with Ukraine.

However, the border between the two countries has already mobilized more than 100,000 Russian soldiers, causing concern in many foreign ministries around the world, openly raising the possibility of a military conflict.

For a special read on BBC Africa:

The main demand of the Russian government is for the West to ensure that Ukraine does not join NATO, a defense alliance of 30 countries, which it considers a threat to its security.

But if there has not yet been a military confrontation in the strict sense of the word, the Ukrainian authorities have denounced the existence of a “hybrid war” against them.

They did so in mid-January, after they claimed the Kremlin was behind a cyber attack that hit dozens of official government websites.

This action, according to Kiev, is “the embodiment of the hybrid war that Russia has been waging in Ukraine since 2014,” referring to the year of the annexation of Crimea by the Kremlin.

But what is hybrid warfare? What are the factors that determine its presence?

What does “hybrid war” mean?

This concept, first used in the early 2000s, refers to the implementation of a strategy (or several strategies) of confrontation that does not necessarily involve military combat.

Antonio Alonso Marcos, professor of international relations at CEU San Pablo University, told BBC Mundo: “Any country can use means that undermine the security and stability of another country. Not military means, but, for example, cyber attacks or launching a massive wave of tweets. Which contradicts the position of a particular government, and this is called hybrid war,” he said.

The use of mechanisms such as insurgency, immigration, or the use of “fake news” and disinformation, among others, are part of these unconventional combat strategies, where propaganda and provocation are key factors.

According to Alonso Marcos, new technologies are an important factor in hybrid warfare due to the increase in cybercrime.

When the cyber attack on Ukraine took place in mid-January, the Ukrainian authorities said in a statement that the goal was “not only to frighten society” but also to “destabilize the situation through” false information about the weak information technology infrastructure of the country.

In recent days, amid fears of a Russian military attack, Ukrainian security services have reported hundreds of false bomb threats, leading to the closure of some schools.

It was also described by the Ukrainian authorities as part of Russia’s hybrid war strategy.

But the Kremlin denies any plans to attack Ukraine.

According to various experts, this type of aggression is becoming more and more frequent.

Academic Antonio Alonso Marcos explains that “conventional wars, where an army in uniform enters the territory of another country, as in Iraq or Afghanistan, rarely happens.”

For him, it is “not easy” to categorize hybrid warfare because “the overriding characteristic of it is that it is not conducted by traditional methods, so it also takes the political will to define it as such”.

“Today’s wars are much more asymmetric, with other players involved,” he says.

Another difference between hybrid warfare and conventional warfare is that it is difficult to know when a hybrid war began. In conventional wars, a country usually declares war on another country. But in these cases, the dynamic is not the same.

“War is an unfolding process. But even so, it is not clear that it is a war of one state against another, because there is no open invasion,” Olga Malchevska, a journalist for the BBC’s Ukrainian Service told the BBC.

This situation is further complicated by the fact that in a mixed war it is not easy to identify who is attacking.

In this case, for example, Russia has always denied its involvement in the accusations made by the Ukrainians, although, according to experts, it was adept at attacking the cyber domains of states.

“Russia will continue to deny it and this is a good way to hide its involvement. This mechanism works best in the case of cyberattacks, when it is difficult to find out who the culprit is. That is why it is considered a very effective way to deal with the opponent,” said Sergei Goryashko of the Russian Service In BBC for BBC Mundo.

Another dimension of these conflicts is the indulgence of separatists who seek to destabilize a particular country, which is also not done openly.

“It is not the soldiers of a country, but the local people who agree with this country. In the case of Russia and Ukraine, many experts have proven and shown that the local population uses the weapons that were provided by Russia and the main authorities of the so-called rebels ”,explains Olga Malchevska.

“There is plenty of evidence that Russia supports the separatists, but Putin’s government bears little responsibility for that,” she adds.

This is not the first time that hybrid war is mentioned in the case of Russia and Ukraine. One of the most recent events is what happened in 2021 between Lithuania and Poland (both members of the European Union) and Belarus (an ally of Russia).

Migration flows from Belarus doubled, angering the Lithuanian and Polish governments, which directly accuse Putin of “orchestrating” a crisis in the two countries in response to European Union sanctions against the Belarusian regime led by Alexander Lukashenko.

A BBC investigation, published in October last year, found that Belarus was helping migrants from these countries by giving them tourist visas to cross the country to the Lithuanian and Polish borders.

The Lithuanian government claimed the migrants were being used as a “political weapon”, and European Commission President Ursula von der Leyen said they faced a “cynical and dangerous hybrid attack”.