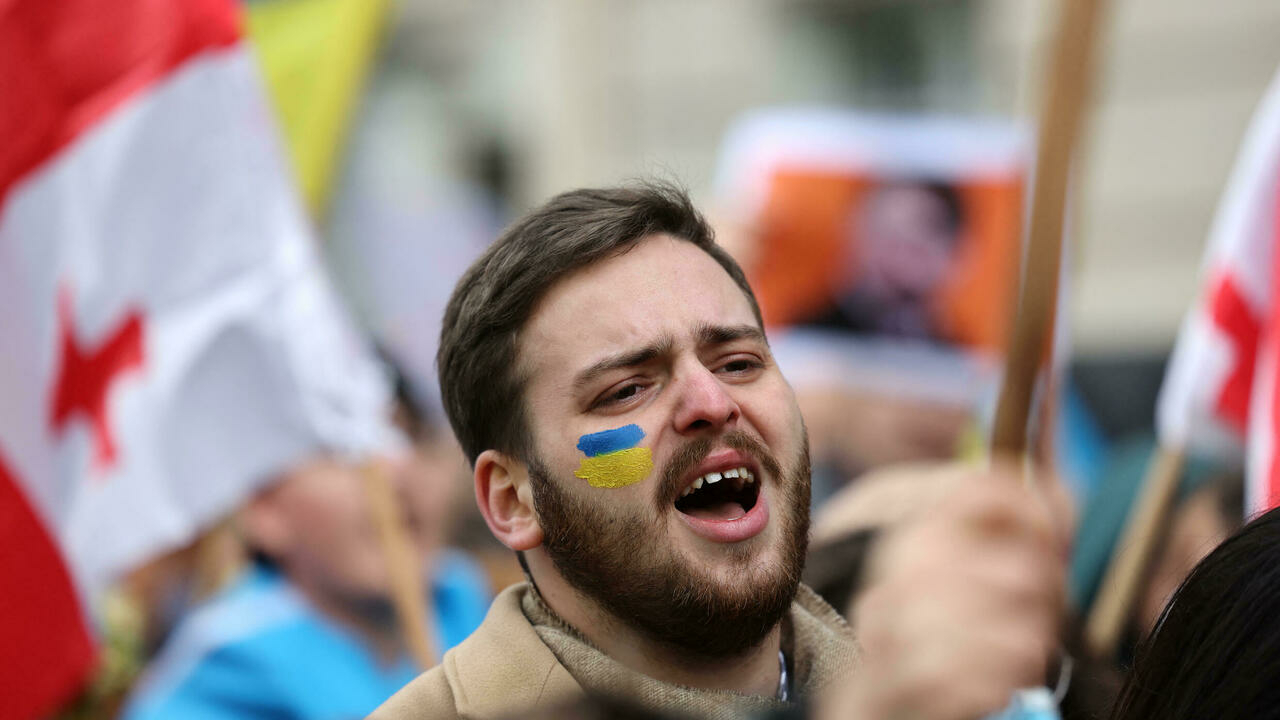 Hundreds of people demonstrated in front of the Russian embassy in Paris on Thursday to protest the Russian invasion of Ukraine. Yannick Gadot and Christian Tupira, both presidential candidates, have shown their support for the Ukrainian people.

A few hundred people, including Yannick Gadot and Christian Tupira, presidential candidates, gathered at noon on Thursday, February 24 in front of the Russian embassy in Paris to protest against theRussia’s invasion of Ukraine He criticized President Vladimir Putin, AFP found.

“No to war” and “Putin Ukraine 2022 and Hitler’s Poland 1939” can be read on some of the banners raised by the demonstrators chanting “Stop Putin, stop moving.”

The demonstrators raised the yellow and blue Ukrainian flag, and sang a Ukrainian song dating back to World War II.

“We are here to help the citizens of Ukraine, those who are still there,” said Teresa Voitanovska, a 42-year-old French-Ukrainian.

A woman introduced herself as “Maria, a Russian citizen,” and spoke among the protesters. “I don’t have words to describe what’s going on,” she cried. “Russia has nothing to do here. Russia should leave Ukraine alone.”

Christian Tobira made a brief appearance at this gathering, which also featured Yannick Gadot.

This morning in front of the Russian Embassy I saw the sadness, dignity and mobilization of young Ukrainians in France. I support them.


“Mr. Putin’s aggression is a war to which we must respond with French and European unity,” said the environmental candidate for the environmental presidency, calling for sanctions “against (Vladimir) Putin and the oligarchy.”

“The balance of power will force Vladimir Putin to stop the war he is waging in Europe for which he bears full responsibility,” continued Yannick Gadot, along with his spokesperson Delphine Patho and EELV National Secretary Julian Bayo.