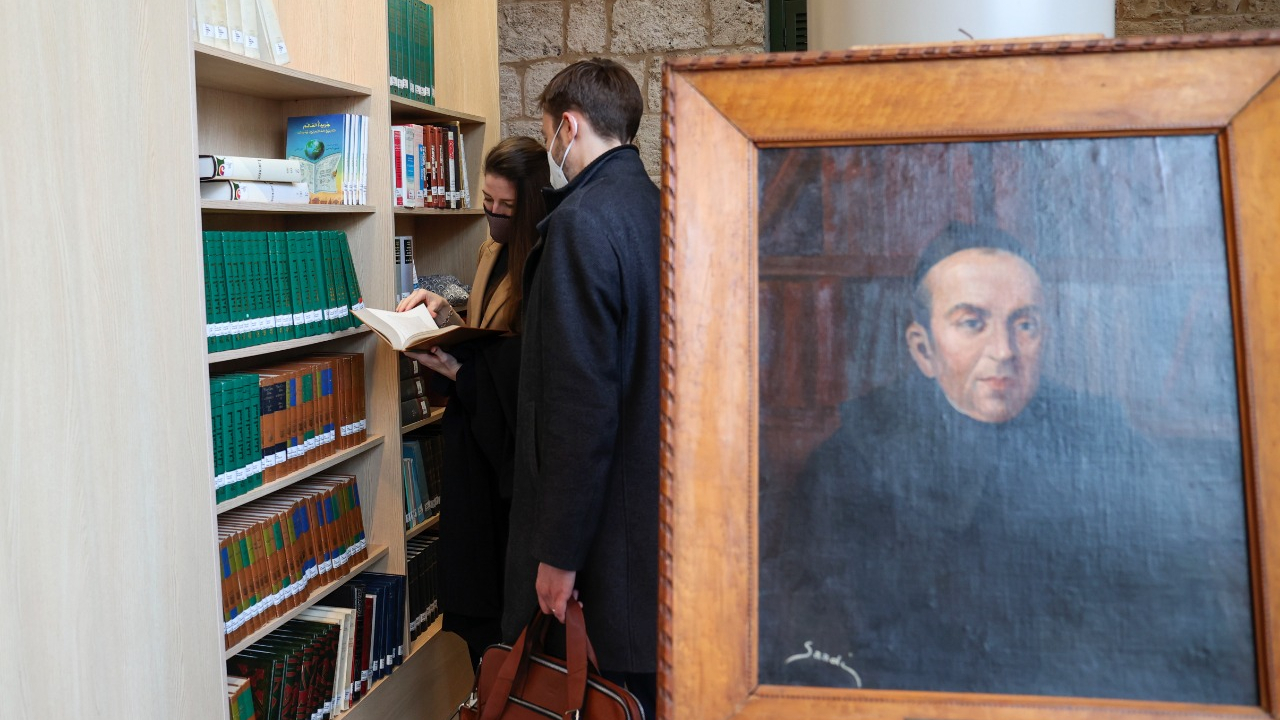 Every Friday, Munira Khalifa takes her son to a public library in Beirut for “story time,” books that have become a “luxury” that few Lebanese can afford in the midst of an economic crisis.

Ilya, 5, wanders among the shelves and then sits on a colorful sofa while waiting for the narrator to arrive.

“Between the economic crisis and the epidemic, we ended up not being able to take him anywhere,” his mother told AFP.

Due to accelerating inflation, the majority of Lebanese can no longer meet their basic needs in a country where more than 80% of the population lives below the poverty line set by the United Nations.

Buying books for his children became more of a luxury. For Munira, going to the library “saves transportation costs and the prices of books have increased, as he can get tired of them quickly.”

“We spend time in a safe and comfortable place close to home where (Elijah) can play, draw and borrow books,” she says.

Like her, hundreds of parents often go to one of Beirut’s three municipal libraries – run by the Sabeel Association, which has been promoting reading since 1997.

The Bachoura district, located in the Markaz district, now has more than 3,000 registered members, with “a year-long increase in demand,” assures Samar Choucair, one of the librarians.

“People can no longer buy books” imported from abroad, she says.

“Especially for children, (…) they pay in dollars or euros,” while the local currency has lost 90% of its value since the beginning of the economic crisis described by the World Bank as the worst in modern history.

In bookstores and publishing houses, the price of books increased due to their dollar price, which had a negative effect on demand.

“This led to an explosion in the price of (books) at a time when the minimum wage has not changed,” set per month at 675,000 Lebanese pounds, or currently $32, laments Lana Halabi, co-founder of the Al-Halabi Library in the Beirut area. Written by Tariq Jadida.

As a result, she sighs, “Books are no longer a priority for readers.”

In the Geitaoui Library, located in a rare public park in the capital, the demand for novels is gradually increasing, especially in Arabic or French, explains librarian Josiane Badra.

To meet this growing demand, the library has added 300 new books to its shelves in the past two months.

From time to time, Alain Daou, a student at Saint Joseph University, goes there to study or read.

“It prevents me from buying the novels that I love to read and that are very expensive,” she says.

“As a student of literature, I always need to read, and since I save up for basic books, I prefer to borrow novels from here.”

If public libraries become “a haven for people,” the challenges are only increasing, Ali Sabbagh, a senior official at the Al-Sabil Association, assures AFP.

“We run these bookstores in partnership with the Beirut municipality, which previously provided about 80% of the operating budget for Lebanese bookstores,” explains Ali Sabbagh.

However, with the devaluation of the national currency, the municipality is now struggling to provide basic services.

“Providing books, cultural services, and the Internet for free is now a huge challenge,” he laments, especially since “donors in times of crisis prioritize what they consider basic needs.”

But for student Valentina Hapis, libraries are also a basic need to counteract the current gloom.

“In the midst of a crisis, we need cultural places, places that develop thought and culture, because culture is the foundation of society,” she pleads.