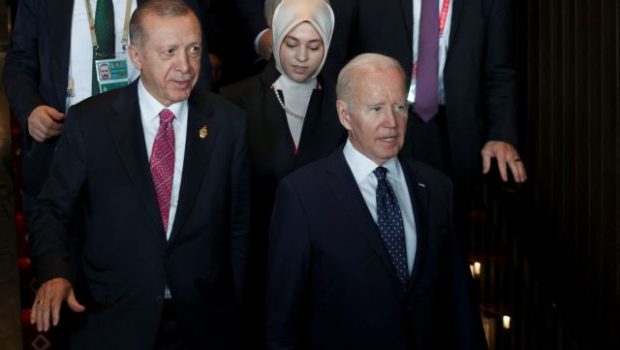 Carrot and whip strategies, or Erdogan’s fold After a meeting with US President Joe BidenThis revived her faith Ankara For the F-16s?

Although this is unlikely, it can be considered empty To Interior Minister Suleiman ZoiloIt blamed Greece and did not accept US condolences for the deadly attack Constantinople.

Now he says thank you

Be that as it may, Recep Tayyip Erdogan expressed his gratitude with a tweet after his meeting with Biden to all the states and international organizations that supported Turkey in Sunday’s midday terrorist attack in Constantinople.

“I express my gratitude to all countries and international organizations that responded to the terrorist attack on Istiklal Avenue, shared our pain and expressed their condolences,” Erdogan wrote in his post.

Countries depicted in the tweet with flag symbols include Greece and the United States, against whom Zoylou yesterday leveled baseless accusations of supporting terrorism.

I express my gratitude to all countries and international organizations that reacted to the terrorist attack on Istiklal Street. pic.twitter.com/xSzmU4nPk9

The message of thanks was uploaded by Erdogan shortly after his meeting with Biden on the sidelines of the G20 summit in Bali, Indonesia.

A bunch of it According to the statement of the Turkish President, the US president expressed his condolences to the victims of the Istanbul bombings and told Erdogan his administration would continue to support Turkey in its request for F-16 jets. The US president said Turkey was a key factor in Sweden’s bid to join NATO, thanks to Erdogan’s role in resuming grain exports under an international agreement between Ukraine and Russia.

However, the development confirms assessments that Recep Tayyip Erdogan is taking advantage of Sunday’s tragic event at home, in view of elections, and abroad.