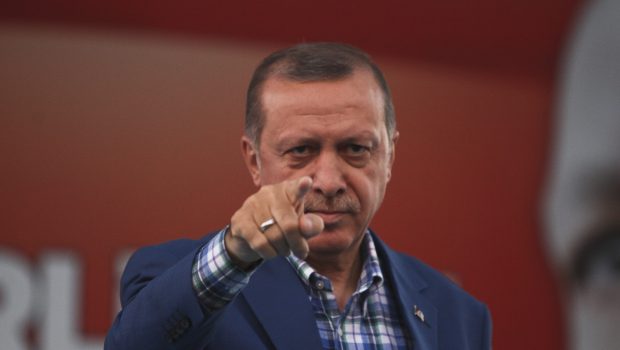 One of the most important electoral contests of the new year is the electoral battle in Turkey, with its chances of being re-elected. Erdogan Not to be on his side, according to opinion polls so far.

“Sultan” has already started providing Increasing the salaries of citizens MsRetirement age abolished. Still, it seems ready, According to Politicoto drag the country into an absolutely unnecessary war, with the aim of rallying a large part of the population under his leadership, and to fully exploit the conflict.

It is more clear that Recep Tayyip Erdogan wants to be re-elected again, in elections that are likely to take place in June, as he wants to celebrate the 100th anniversary of the establishment of the Republic in Turkey. “Erdogan has ruled Turkey for longer than Starbucks has ever been in the country’s food scene,” Foreign Policy usually says.

For the first time since Erdogan came to power in 2002, there is a serious prospect of political change in Turkey. The inflation rate reaches more than 80% annually, while the Turkish lira is witnessing a continuous decline and the popularity of the government has declined with the increase in economic difficulties.

According to opinion polls, it seems that Erdogan, after amending the constitution, is facing political problems, as the Justice and Development Party has only 30% of the support.

Although both Washington and Moscow oppose a war in Syria, Erdogan is preparing the ground by eliminating Kurdish militia allied with the West in the fight against the Islamic State. The Turkish president seems determined to complete a buffer zone on the other side of Turkey’s southern border.

Meanwhile, he threatens her daily Hellas Amid disagreements about natural gas exploration, and CyprusWhile he put on the table the “militarization” of the Greek islands in the Aegean Sea.

Regarding the war in Ukraine, Erdogan positioned Turkey as a mediator between Moscow and Kiev by hosting talks between the US and Russian chiefs of staff. He has also been able to shore up Ukraine while maintaining trade and energy ties with Russia without compromising his personal relationship with President Vladimir Putin or angering the West. 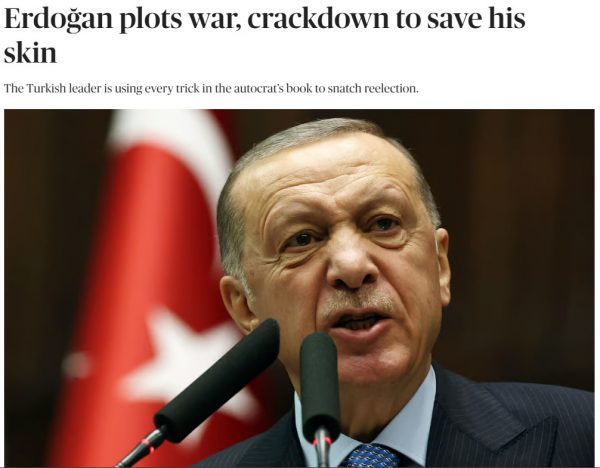 The Turkish president used a non-independent judicial system in Turkey. He is using this system as a tool to exclude his powerful rivals from his political life.

One of them is the mayor of Istanbul, Ekrem Imamoglu, a figure coming from the CHP who might be a unifying candidate for the opposition presidency. Erdogan’s leading opponent was sentenced to more than two years in prison and banned from exercising political rights. For the time being, pending appeals against the decision are suspended, but Erdogan may try to speed up court proceedings so that his opponent is no longer a candidate.

In addition, more than 100 politicians from the pro-Kurdish People’s Democratic Party (HDP) are still on trial for alleged terrorist offenses, which could result in the movement being banned. The HDP is not part of the six-party opposition coalition, which forms a common electoral platform, ranging from the social democratic left to the liberal center right.

Exploiting the war in Syria

The trick that Erdogan wants to implement in order to win the elections again is to invade Syria. As is well known, public opinion in Turkey is quite nationalistic.

See also  Raptakis and Kelis, Deputy Governors of the Greek Ministry of Defense - where they come from, their biographies

So a limited cross-border operation with few Turkish casualties could be accepted by the electorate, in the same way that regular Israeli strikes on Gaza—in response to Palestinian Hamas rocket attacks—are seen as police operations.

The coming months will be filled with war, mostly to mark the centenary of Mustafa Kemal Ataturk’s founding of a modern, secular republic on the ashes of the Ottoman Empire. Erdogan will want to project Turkey’s restored influence in a multipolar world where middle powers such as the United States and Russia can exert more influence.

The European Union has lost control over Turkey

Unfortunately, the EU is more likely to be a bystander than a force for moderation or change. The European Union is Turkey’s largest trading partner but has lost influence in Ankara as the country’s EU accession process has “frozen”.

Brussels has to regularly buy Turkey with aid to keep the nearly 4 million Syrian refugees on its soil so that they do not overwhelm Greece and Italy.