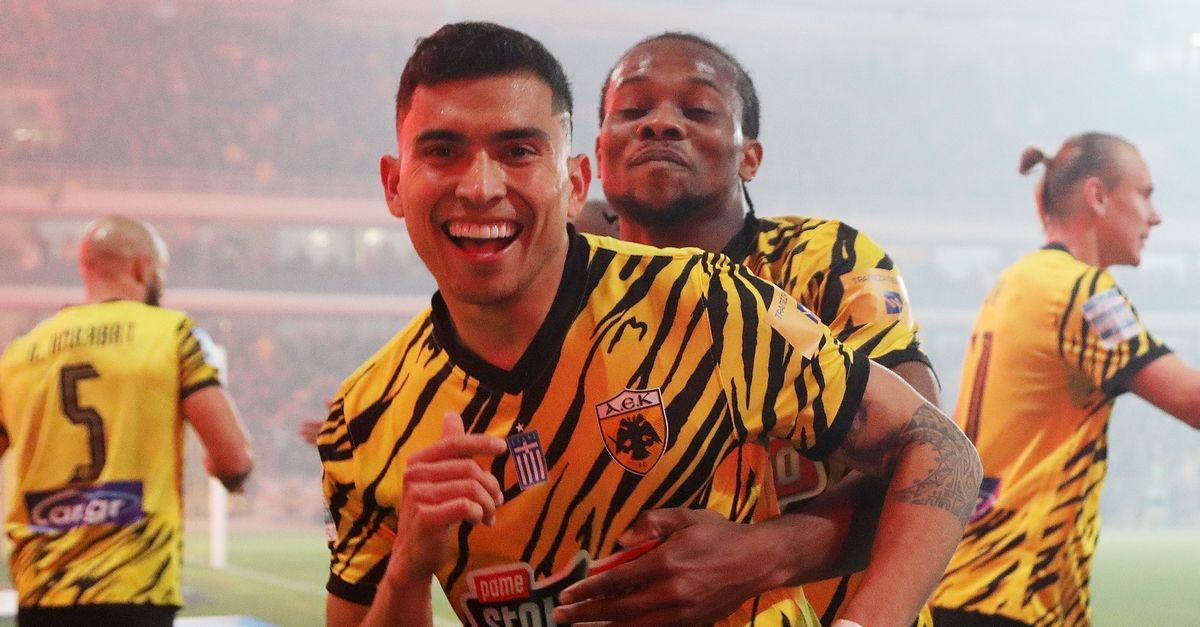 Vangelis Arnautoglou writes why AEK’s important win over Panathinaikos won’t change anything, even if it’s a defeat.

I write these lines calmly and sincerely. even if Eck was her defeated by Panathinaikos, The bottom line will not change for her. Obviously, the picture in the standings would have been different, given that the negative result would affect the team’s psyche, but it would not change Almeida’s modus operandi. And that’s the component that defines everything this year on the field, as well as off it.

The team does not cause the slightest anxiety, winning or losing, which, of course, is rare in the last 14 matches. The previous one, in this last issue of games, was with PAS. A game that the team could have won if they had been reasonably accurate in the number of chances they created. They messed up and paid the price for it, but they were also the team whose character doesn’t change, no matter what happened.

The turning point was the opposite match in the first round. At the time, AEK had its reasons for complaining about the arbitration, but it had plenty to look for fault in itself. s

He calmly adjusted himself to find them, put aside all unnecessary excuses, put aside fears, and continued to work on what he had begun to do since last summer. He is soon vindicated by the Games for all that proper work brings.

There is a long way to go, long and difficult

Just as a defeat would not be a disaster, a victory over the leader and previously unbeaten in the standings is nothing more than a very good result. We still have a long way to go, long and difficult, but the team’s image confirms that they have now definitively turned the page and know how to win the derby, at least at home so far, with a very clear mentality of superiority.

See also  Kleinheisler in the foreground

With few chances compared to previous matches, but with a clear and proven desire to put pressure on the opponent, as Matías Almeida used to say. In a respectful but very loud voice, to say I’m in command.

The difference between AEK and Panathinaikos is that they believe more in themselves, at least the recent matches of the two teams show us. He knows he can play better football than him, he knew that before the game started and he made sure to show it in the game. He wanted to be the leader of the match and succeeded in that, even if he did not create the many and classic chances, as he used to do.

In conclusion it was a great victory, a very good and necessary result in order not to disturb what is being built. But everyone who is not in it and only moves around it must know, understand, and prove that what is happening this year in the group is not temporary, and has no short horizon.

Something is being created that will have continuity and duration over the years as long as everyone understands that this work takes time and trust. At AEK, everyone knows that now, has cemented it and is moving with 100% of themselves supporting this: unity and belief in the work of Almeida and all those who are trying to strengthen it to launch. Believe it too.

See also  The Canes schedule for Round Two of the Stanley Cup Playoffs has been released :: WRALSportsFan.com