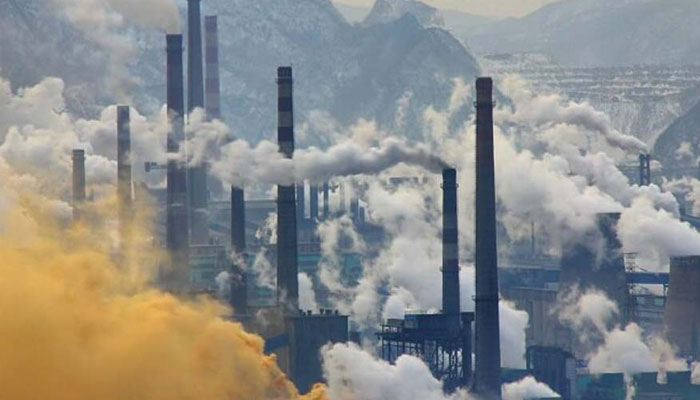 One in six premature deaths worldwide is associated with pollution. An intriguing statistic was revealed in a recent report published by The Lancet.

Do you know? Pollution prematurely killed nine million people worldwide in 2019. This is one of the key findings of the study published on May 18, 2022 in The Lancet. The deaths are mainly caused by poor air quality and chemical pollutants such as lead. According to the study, air pollution caused 6.7 million premature deaths, while water pollution and lead poisoning (acute or chronic lead poisoning) respectively caused 1.4 million and 900,000 deaths. Apparently one in six premature deaths worldwide is linked to pollution, according to the well-known scientific publication Committee on Pollution and Health. This pollution, combined with human-made waste and spread into the air, water, and soil, is the cause of serious heart disease, cancer, respiratory problems, or severe diarrhoea.

According to Richard Fuller, lead author of this report and co-director of this committee, “The health impacts remain enormous, with low- and middle-income countries bearing the brunt of it.” And with good reason, these countries are responsible for 92% of these deaths and most of the resulting economic losses. Africa is the hardest-hit region with 4.5 million air pollution deaths, down from the 2.9 million recorded in 2000. “The fact that the main situation is getting worse, especially in these poor countries, and is accelerating in terms of the number of deaths, is shocking,” he regrets. While noting that children’s exposure to this toxin can lead to a delay in their cognitive development.

According to the expert, unfortunately, it seems that these serious consequences of pollution have been neglected in the background. “Attention and funding have only increased marginally since 2015, despite the well-documented increase in public concern about pollution and its health effects,” he notes.

pollution and diabetes
As a reminder, a study published at the end of June 2018 by researchers from Washington Medical School in St. Louis, United States, in the journal The Lancet Planetary Health, revealed that one in seven cases of diabetes is due to air pollution. They declared that “contamination contributed to 3.2 million new cases of diabetes worldwide in 2016, accounting for about 14% of new cases.” According to them, that percentage comes from medical data from 1.7 million American veterans, without diabetes, followed over an average period of eight and a half years.

There is no longer a need to explain the environmental consequences of polluting materials. Reports from the Intergovernmental Panel on Climate Change (IPCC) remind us of this regularly. Despite these multiple booster shots, great powers and their multinational companies, the planet’s biggest polluters, are often reluctant to comply with standards imposed by international bodies.

Professor Ziyad Al-Ali, one of the authors of the report, stresses that the evidence indicates that these current levels are still not healthy enough and need to be reduced.