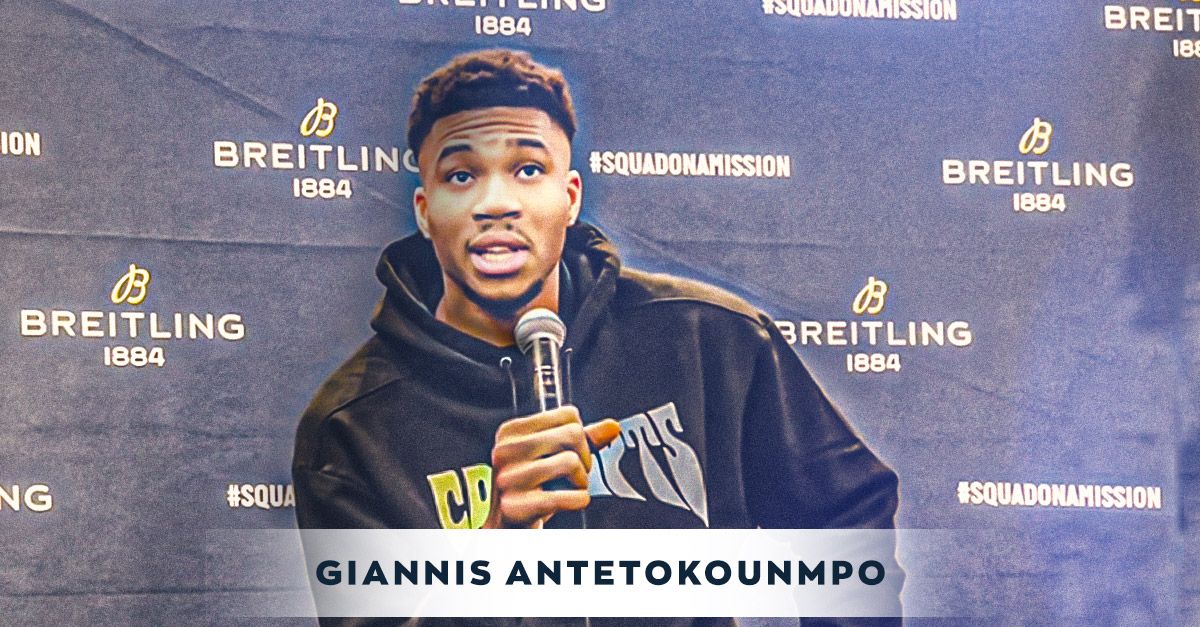 Giannis Antetekounmo is always present for the national team. What the Greek Frick told SPORT24 exclusively about his presence in the World Cup and his dream of winning a title with the Blue and White.

the John Antikonmo He was and always will be here. Soul and body. with whatever it is. There are no misunderstandings, doubts or objections.

What exactly will happen in about 200 days, when and National Basketball They will gather for world Cup In Southeast Asia (Philippines, Japan, Indonesia), it is currently a buzzword with no real background. Because there is a period of seven months with enormous stress for all the international players and countless commitments.

However, the fact alone is that in the midst of another tough year in… NBAThe Greek Freak has never put the national team out of its mind, and what it has been through so far with it and what it intends to experience in the years to come, proves one thing: its absolute and authentic connection, which describes the stable relationship with the representative complex.

the Sports 24 She was in Milwaukee with her team Breitling To watch the Bucks play the Raptors. after the match, John Antikonmo who is a member of it All Star Squad της BreitlingHe spoke to selected media from nine different countries about his passion for watches and Bucks season.

On this trip to Milwaukee, SPORT24’s Christos Hatzioannou and OneMan reporter asked Giannis how he dreams of his future on the National Team. If he thinks of winning the blue and white trophy.

Giannis Antetokounmo’s answer is quite specific. In less than 60 seconds he encapsulated all the essence of the spiritual connection he had developed in blue and white. They do suit him, after all.

“Winning the championship is always something I want and think about every day. There is still a long way to go, 5-6 months. I know we have a World Cup in the Philippines, for which we qualified.

Right now I’m trying to focus on being healthy and getting back on the ground to help my team in the tournament. It is my duty at this time.

I always think about representing the national team in the best way and how much I enjoyed wearing their shirt in the summer.

Playing for Milwaukee is very different, to represent the city and your teammates, but playing for the national team and wearing their jersey is a heavy thing.

I love that feeling, I love representing 11 million Greeks in the country and five million more in the rest of the world, because I saw that there was once again the spark of basketball. If you’re the reason for that, it feels great.

Now I have to focus on Saturday’s game against the Cavaliers and when that comes I will definitely be ready to play and represent the national team in the best possible way.“.

Giannis Antetokounmpo’s answer was as precise and complex as it should have been. Perfectly suited to space and time frame. Anyway, the World Cup will start on August 25th. So the distance is long.

We now know that the national team is one of the 17 teams that have secured their place in the final stage. Alongside her are at present the two organisations, Japan-Philippines, Finland, Ivory Coast, New Zealand, Lebanon, Canada, Australia, Germany, Latvia, Italy, Spain, China, Slovenia, Lithuania and France. The remaining 15 positions will be filled in the February windows.

The draw will be held on April 29 in Manila. Previously a favour That Slovenia Doncic will be in the Japan group, Canada in the Indonesia group and Team USA, as long as they are not excluded, in the Philippines group. Where the final stage of the event will take place,

The total groups for the first stage will be eight. In the second stage, the first two groups of each group will pass, and together with the other two, four new groups will be formed, which will result in knockouts.