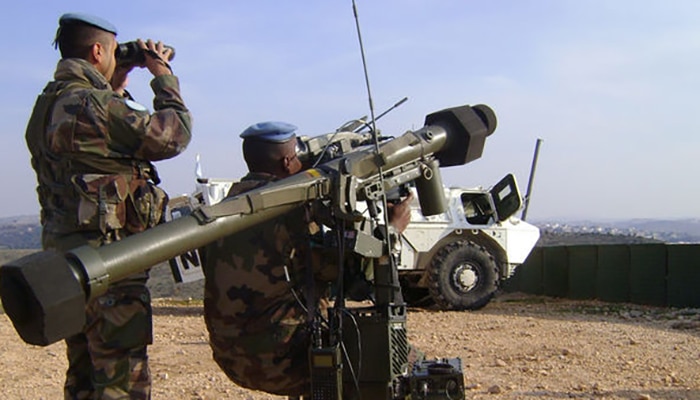 Europe has seen the strongest growth in the arms trade in the past five years, and the trend will accelerate sharply with the announcement of rearmament in the face of the new Russian threat, according to a reference report published on Monday.

Over the period 2017-2021, the global arms trade declined by 4.6% compared to the previous five years, but it jumped by 19% on the European continent, according to this study by the Stockholm International Peace Research Institute (Sipri).

“Europe is the new hot spot,” says Simon Weisman, co-author of this annual report for more than three decades.

The researcher notes in an interview with Agence France-Presse: “We will increase our military spending tremendously, we need a lot of new weapons and a large part of the imports will come,” especially within Europe and America.

Fighter planes – commanded by the ultra-modern but expensive US F-35 – must feed missiles, artillery and other heavy equipment to the armies of European nations worried after the invasion of Ukraine ordered by Vladimir Putin.

“Most of these things take time, and you have to decide, order, and then produce, so it takes at least a few years. But in fact, this trend really started after the annexation of Crimea in 2014, and we are already seeing the effects today ”, he notes Mr. Weisman.

Thus, Europe’s share in world trade has increased from 10 to 13% over the past five years, and this share will increase “significantly”, he says.

If it is difficult to quantify due to the opacity of many contracts and arms donations, the global arms trade is approaching $100 billion annually, according to experts.

According to Sipri, Asia and Oceania have remained the main import region over the past five years, with 43% of global arms transfers and six of the top ten importers (India, Australia, China, South Korea, Pakistan and Japan).

The arms trade to the world’s most populous region has fallen by about 5% over the past five years, although in detail East Asia (+20%) and Oceania (+59%) are showing strong growth, against the backdrop of heightened tensions between Beijing and many capitals. Asian.

Seapri notes that “Tensions between China and several countries in Asia and Oceania are the main driver of imports in the region.”

In the Middle East, the second market containing 32% of global imports, growth was 3%, driven particularly by investments from Qatar in the face of tensions with its Gulf neighbors.

“Current oil prices mean they’re going to have a lot of revenue, and that usually translates to big buying orders,” Weisman said.

The Americas and Africa saw their shares fall sharply, dropping to around 6%, respectively.

In the five largest arms exporters in the world, the United States – by far the world leader – and France, in third place, saw a remarkable increase in their share in five years, rising respectively from 32 to 39% and about 6% to 11%.

China, the world’s fourth exporter (4.6%) and Germany, fifth (4.5%) retained their rank, but saw a slight erosion in their share.

Simon Wezeman asserts that “the French won great demands, especially because they made it a priority” with a policy of state support for the export of technology transfers “more open than, for example, the United States”.

Russia still ranks second, but its share has fallen to 19%. In particular due to the declining markets in China, which has become almost completely independent of Russian weapons.

The isolation caused by the invasion of Ukraine, as well as the impact of severe sanctions on the Russian economy, is likely to further affect its arms industry.

“There will certainly be more threats from the American side” towards countries that tend to buy Russian weapons, Weizmann analyzes, for example towards Moscow’s historical clients, such as Algeria or Egypt.