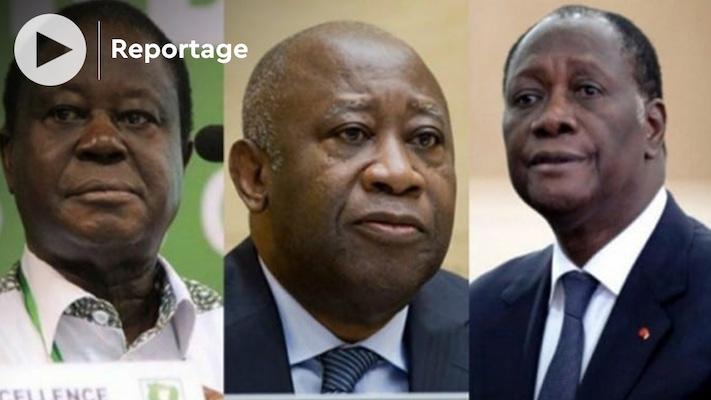 #Ivory Coast : In Côte d’Ivoire, if there is a question that troubles people’s minds, it is knowing when Alassane Ouattara, Henri Konan Bede and Laurent Gbagbo will retire from politics. In any case, three years before the 2025 presidential election, their parties are still betting on them.

They have been present on the Ivorian political scene since the 1990s, up to 32 years ago. They are the current president Alassane Ouattara (80 years old), the former presidents Henri Konan Bede (88 years old) and Laurent Gbagbo (77 years old).

This long life can last. In fact, for their various activists, these three historic leaders can represent their parties in the upcoming presidential election of 2025. As it stands, the constitution does not prohibit the nomination of these three former ones since locking the minimum age, which was 75 in the era of the Second Republic, jumped in 2016.

And at the Hofufs for Democracy and Peace (RHDP), we now swear only by Hassan Ouattara. The same is true of Henri Konan Bede in the Democratic Party of Côte d’Ivoire. And the same story with the supporters of Laurent Gbagbo of the African People’s Party, Côte d’Ivoire (PPA-CI). Which indicates that in 3 years, ie 2025, a new version of the 2010 presidential election.

>>> Read also: Côte d’Ivoire: Both sides of Beydi and Gbagbo shout out the threat that threatens the proper conduct of the political dialogue

“The problem should not be posed in terms of an aging generation. We must instead ask the question of what these three big companies can bring to Côte d’Ivoire, each on their own. So the question is not about changing generations, but about what we offer to develop Côte d’Ivoire“,” says Dah Sansan, the national youth leader of the ruling RHDP party.

But according to other residents of Côte d’Ivoire, with more than 30 years of political work, Alassane Ouattara, Henri Konan Bede and Laurent Gbagbo have served Côte d’Ivoire extensively. Now is the time for their political retirement. Some even want to reintroduce the minimum age of 75 for presidential candidates in order to finally settle the issue of the political retirements of these three leaders.

“Gbagbo, Ouattara, and Bede are still around, and if one of the three becomes president again tomorrow, it will be just endless lamentations. These three need to tell us why they can’t get along and it’s the poor who pay the price“,” asks Lazar Gbiuli Gbagbo, a member of the Ivorian opposition.

>>> Read also: Video. Ivory Coast: What Ouattara and Bede said to each other during their unexpected meeting

However, inside and outside their various political parties, Côte d’Ivoire has a new generation of politicians who can aspire to lead the country. We can cite among others Jean-Louis Billon, Terry Tannoh of PDCI, Patrick Ache and Tini Brahima Ouattara at RHDP, Justin Catinan Kone, Damana Bekas at PPA-CI and even Guillaume Soro, Charles Blé Jude, Avi Nguesan and Mabri Toikeusse.

“This change or the arrival of young people into the system of government will necessarily happen by 2025 or even 2030. There will be a renewal of the political class, that is for sure.“,” Sociologist Rodrigue Kony says optimistically.

During their 32 years of presence on the political spectrum, Ouattara, Bédi and Gbagbo have held almost all of the country’s top positions. The first has been at the head of the state since 2011, i.e. 11 years, and the second has been president for 6 years and the past 10 years.