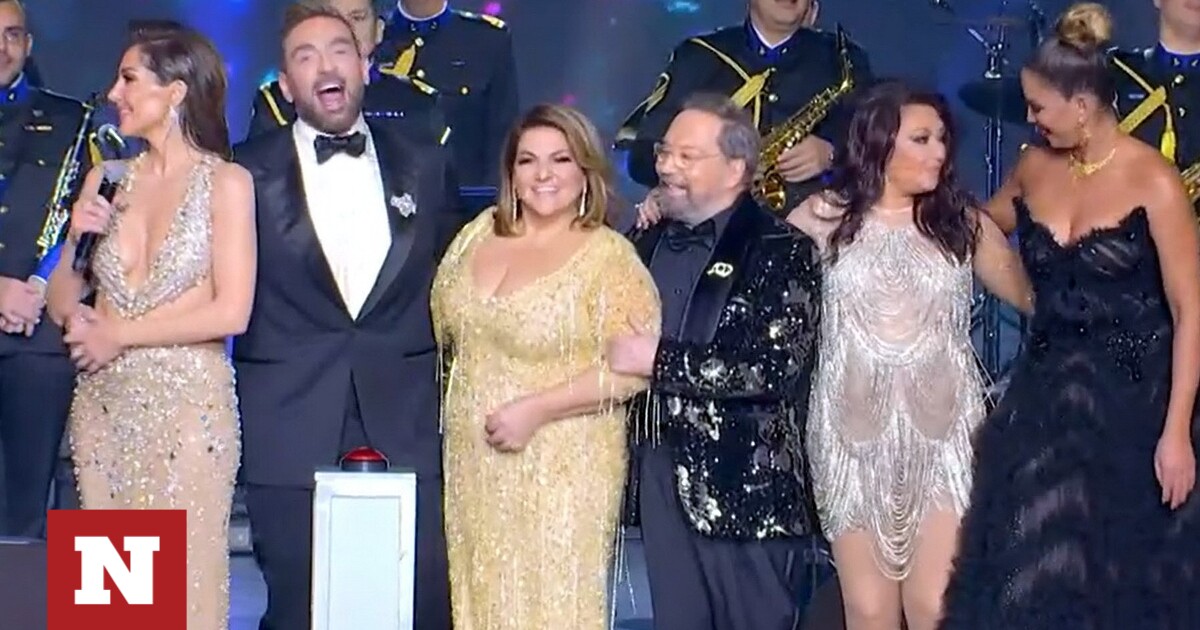 J2US: Marathon was as expected J2US finale with Nikos Kouklonis dropping a bomb about the future of the show!

It has been specially prepared for a great start J2US New Year’s Eve o Nikos Kouklonis.

In addition to the time change, the finale of the show took place on Saturday (31/12), with a party atmosphere!

Immediately after the opening, which he himself starred in, Nikos Kouklonis began distributing wishes. The presenter, in fact, started from Despina Vande which he desired with Alfandin. Nikos Kouklonis also pointed out Vasilis Besbekis, Which got its name in a few hours with Fandy smiling awkwardly.

… the bomb, however, and the presenter held it for a few moments afterwards. As Nikos Kouklonis said, the J2US He will be back on our screens again with a new spin that will be kicked off by Alpha February!

Then followed the performances of the finalists.

After the performance of the four couples, everyone entered the mood of changing the year.

Singing and dancing on set

After the change of year and the arrival of 2023, a big concert has begun on the J2US stage.

At the end of the evening, around 03:00 am, Nikos Koklonis proceeded to announce the winning pair from J2US.

As per the TV audience’s decision, Lefteris Mitsopoulos and Lola emerged as the big winners of J2US! A big reversal because for many, as Nikos Kouklonis also betrayed, they were considered outsiders as a couple.