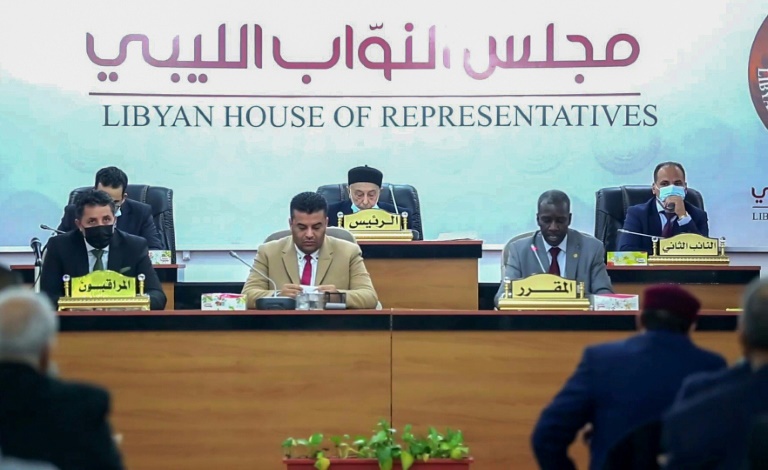 Libya found itself on Thursday, after a controversial vote in parliament, with two prime ministers, one of whom saw his convoy come under fire, in a sign of rising tensions in a country already undermined by power struggles and political chaos.

In what appears to be an institutional coup by the eastern Libyan camp against the Tripoli camp, the House of Representatives in Tobruk (east) appointed the influential former Interior Minister Fathi Bashagha to replace Abdel Hamid Dabaiba at the head of the interim government.

However, Mr. Dabaiba anticipated this vote, declaring on several occasions that he would cede power only to a government that came out of the ballot box.

The Ministry of the Interior stated that bullets targeted the convoy of Dabaiba in Tripoli, from Wednesday night to Thursday.

The ministry, which announced the opening of an investigation into this “criminal act”, said that the armed attack, which was carried out by unknown persons, “did not result in casualties.”

Libya was mired in a major political crisis after the fall of Muammar Gaddafi’s regime in 2011 with rivalries between key regions, power struggles and foreign interference.

In the midst of a civil war, the country was ruled between 2014 and 2016 by two rival prime ministers in the West and East.

After years of armed conflicts and divisions, the Dabaiba government was formed a year ago, under the auspices of the United Nations, to lead the transitional phase until presidential and legislative elections, scheduled for last December before being postponed indefinitely.

See also  Morocco shines all over the world

This postponement came against the background of the ongoing disagreements between a force in the east, embodied by Parliament and Marshal Haftar, and another in the west, over the Tripoli government and the Supreme Council of State.

With this postponement looming, Mr. Bashagha – one of the leading candidates for the presidency in western Libya – approached the rival camp by traveling to Benghazi. There he met Marshal Khalifa Haftar, a strongman from eastern Libya and leader of the self-proclaimed Libyan National Army.

On Thursday, the League also welcomed the appointment of Mr. Bashagha as Prime Minister and emphasized “support for Parliament’s decision”.

The House of Representatives, which sees that Mr. Dabaiba’s term ended with the postponement of the elections, chose two candidates to replace him: Mr. Bashagha, 59, and the stranger, Khaled Al-Babbas, a former senior government employee in the same ministry.

Before proceeding with the vote, Parliament Speaker Aguila Saleh, one of the main competitors to the Dabaiba government, confirmed that Mr. Bibas withdrew his candidacy and left Mr. Bashagha alone to run.

millimeter. Bashagha and Dabaiba, both from the west of the country, have the support of armed groups in Tripoli.

In a televised speech on Tuesday, Dabaiba warned, “I will not accept any new transitional phase or parallel authority,” saying that his interim government will only hand over power to an “elected government.”

The United Nations, through its spokesperson, Stephane Dujarric, has indicated that it will continue to support Mr. Dabaiba.

In a joint statement issued at the end of December after the elections were postponed, the United States, France, the United Kingdom, Germany and Italy expressed their support for the continuation of the mandate of the current Executive until the elections. Polls.

At the start of the session in Tobruk, parliament also voted to extend its term by 14 months, which theoretically expired in December.

The House of Representatives is considered the monopoly of its speaker, Aqila Saleh, a guardian from the East. Mr. Salih is accused of violating all procedures to appoint Mr. Bashagha.

He had already been accused of derailing the political process, by passing in September a controversial electoral law, without a vote, designed specifically for his ally Khalifa Haftar, who was also a presidential candidate.

Tarek Megerisi, an analyst at the European Council on International Relations, commented on Twitter: “Many are seeing today’s events in Libya – where a new prime minister has been concocted in an attempt to unite certain political factions – as a fait accompli.”

It is, in fact, a game of trust that has been going on for some time and its sole objective is to divert efforts in favor of the electoral process. »