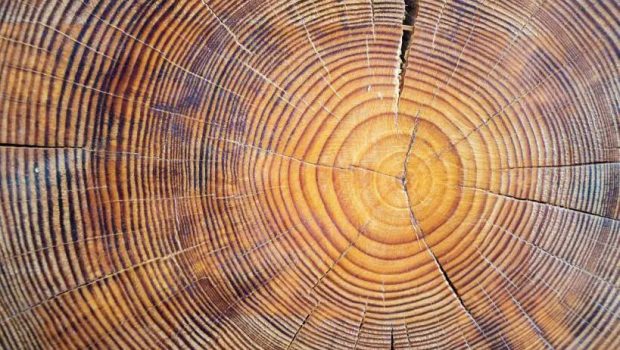 It occurs approximately once every 1000 years, when the Earth receives a surprise radioactive bombardment From space, the bombardment was so powerful that it left its traces in the tree rings.

Now it seems that new research into these mysterious radiation storms refutes the prevailing theory of their origin, which states that the phenomenon originates from “super planets” on the surface of the Sun.

So the puzzle remains unsolved, and even more complex.

The unsolved problem arose in 2012, when Japanese physicist Futsa Miyake discovered evidence of radioactive explosions in tree rings that correspond to the year 774 AD.

Subsequent studies have shown that in the last 10,000 years the Earth has experienced many “Miyaki events”, such as 993 AD. And in 663 BC

Dr Benjamin Pope of the University of Queensland, who led the study published in Proceedings of the Royal Society A.

“We need to know more about this phenomenon, because if it happened today it would destroy satellites, internet cables, power lines and transformers. The impact on global infrastructure would be unimaginable.”

Bob and his colleagues searched for answers in old tree trunks, which usually gain a new ring of growth each year.

“Because you can calculate tree rings to determine its age, you can also look at historical cosmic events that go back thousands of years,” explains Qingyan Chang of the University of Queensland, a member of the research team.

Solar flare captured in 2012 by NASA’s SDO spacecraft. But the flares are likely not related to the Miyake events (NASA’s Goddard Space Flight Center)

Trees absorb carbon dioxide from the atmosphere to build their trunks. When high-energy particles reach Earth’s atmosphere from space, they can convert nitrogen atoms into carbon-14 atoms, a radioactive isotope of carbon, which plants absorb and incorporate into their tissues. Carbon-14 turns back into nitrogen at a slow but steady rate, allowing samples to be dated accurately.

The researchers used a mathematical model of the global carbon cycle to estimate the amounts of carbon-14 formed in the atmosphere at each Miyake event.

Until now, the prevailing theory wanted these events to come from “super planets,” which are bursts of radiation on the surface of the Sun that sometimes affect Earth.

But the analysis showed that the Miyaka events were not related to sunspots or the 11-year cycle of solar activity.

Additionally, trees closest to Earth’s poles were not found to contain more carbon-14, as would be expected if the phenomenon were consistent with the Sun’s particles, which tend to move toward the poles due to Earth’s magnetic field.

The study also found that at least two of the Miyake events took an entire two years, which was not expected for short-lived solar flares.

Researchers believe that Miyake events are related to some other phenomena in the Sun, although they cannot refute other theories that have been proposed, such as supernova explosions, gamma ray bursts, or magnetic neutron star explosions.

In any case, the research team stresses that the phenomenon needs further study.

As Dr. Pope says, “Based on the available data, there is about a 1% chance of seeing a Migake event within the next decade.”

“But we don’t know how to predict it or what damage it might cause.”

“However, the possibilities are very worrying.”

See also  Reggie on NoA Issues: 'This Isn't Nintendo I Left Out'