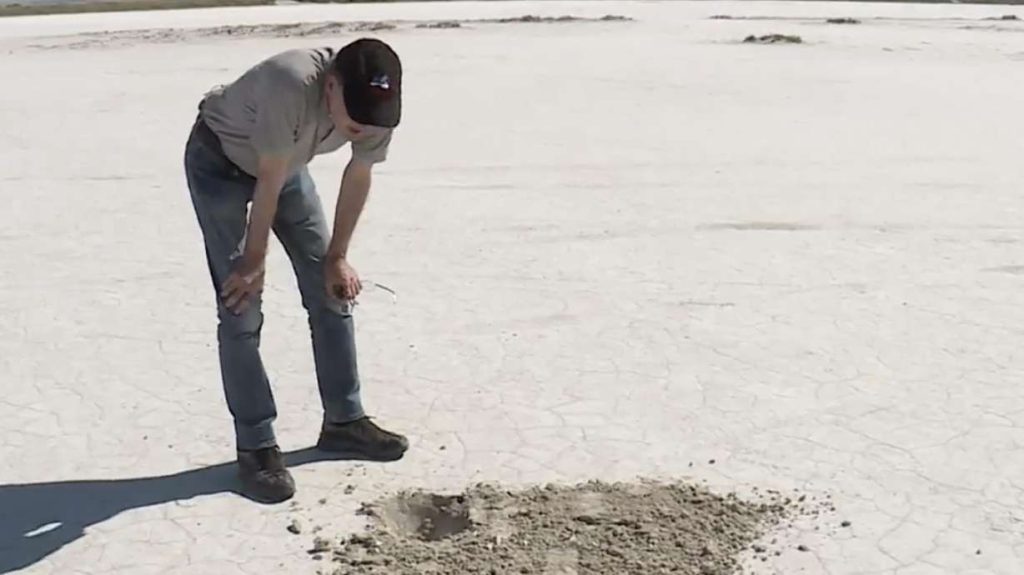 Salt Lake City – Weeks after a meteor struck the skies over Utah, people are still combing for souvenirs, but one rock hunter isn’t looking for where they ended up.

Peter Jenniskens, a NASA scientist, is trying to figure out exactly where they came from.

“We’re literally looking for a hole in the ground, yeah, because the soil here is pretty soft and it looks like the rocks are just going through,” Jenniskens said while aboard the KSL-TV Chopper-5.

He’s trying to trace the path of the meteor that crashed into Utah last month, and he hopes to pinpoint the pieces that fell through the Salt Flats.

“So, it looks like something was dug up here, so it is very likely that a meteorite fell at this location.” Jenniskens comments while exploring the Earth.

However, no rock was found, just an empty hole. But this information helps achieve Jennisken’s main goal.

“That’s a big arrow pointing that way,” he said, looking across the Salt Flats.

For Jenniskens, it’s not about the price of finding a piece of the meteorite or even what it’s made of. He wants to know where it came from and the millions of years of information he can learn from.

In each rock there is evidence of the time it left the asteroid belt and how long it was in space before landing here.

And despite this trip, he leaves with more clues as to where to look, all worth it to him.

“To me, that’s amazing. It’s as close as you can touch the sky. I mean, this is really a place to come to meet us.”