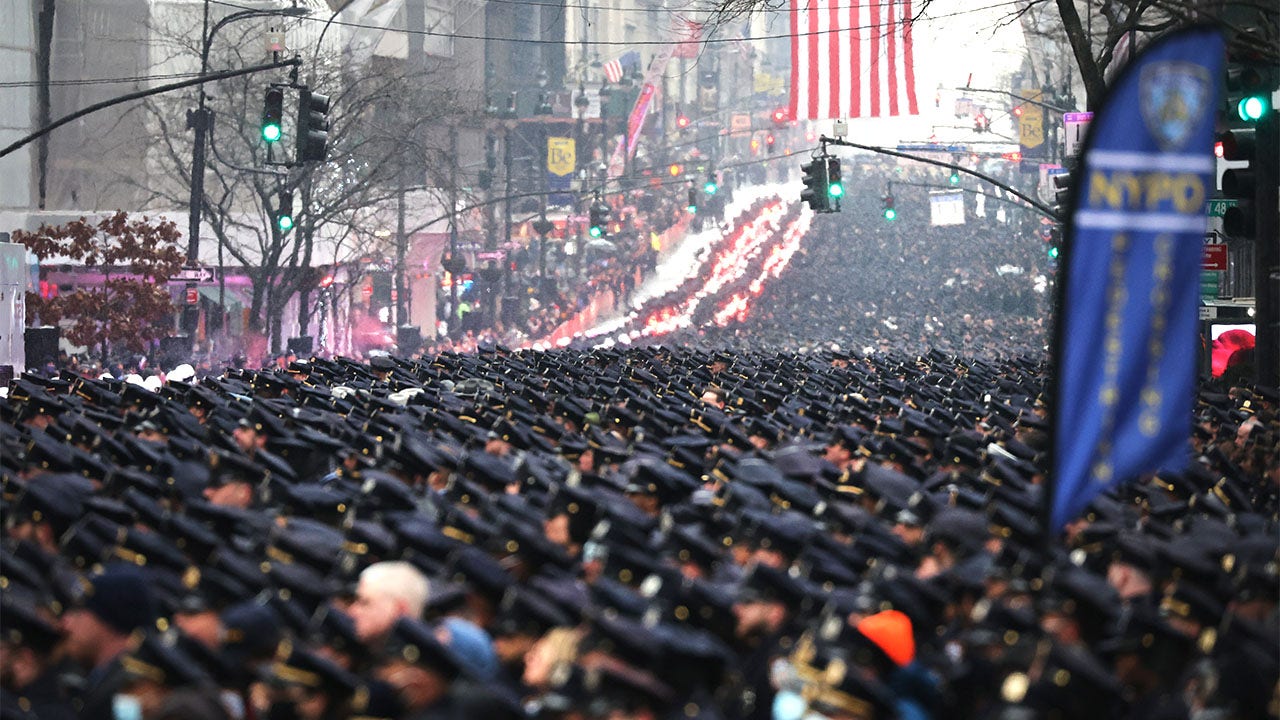 A New York City-based actress was fired this weekend after backlash over her viral TikTok complaint that the city didn’t need to be shut down for “one f —— cop” whose funeral was held Friday at St. Patrick’s Cathedral, according to a report.

On Friday, thousands lined Manhattan’s streets to mourn the 22-year-old Rivera, but actress Jacqueline Guzman was probably not one of them, the New York Post reported.

The actress posted a TikTok rant about street closures prompted by the funeral.

“We do not need to shut down most of Lower Manhattan because one cop died for probably doing his job incorrectly,” she said. “They kill people who are under 22 every single day for no good reason and we don’t shut down the city for them.”

Thousands of police officers from around the country gather at St. Patrick’s Cathedral to attend the funeral for fallen NYPD Officer Jason Rivera on Jan. 28, 2022 in New York City.
(Getty Images)

Police officers and social media commenters rebuked Guzman’s complaints, calling her “disrespectful” and saying she should be “ashamed” of herself.

“Twitter is forever. Bless your unemployed heart,” wrote another.

“New Yorkers turned out by the thousands yesterday to help us honor our fallen brother,” New York City Police Benevolent Association President Patrick Lynch said in a statement, according to the Post. “One person spreading hate cannot erase that. This kind of garbage has polluted the conversation for far too long. We need the New Yorkers who are standing with us to speak up and push back.”

Her employer, Face to Face Films, wrote on its Facebook page Saturday, it had “just been made aware of an insensitive video involving one of our members, Jacqueline Guzman. Face to Face Films does not support nor can condone these comments made about fallen Officer Rivera. As a result, she is no longer a member of our company. ”

Rivera’s partner Wilbert Mora, 27, also died of his wounds days after the attack.