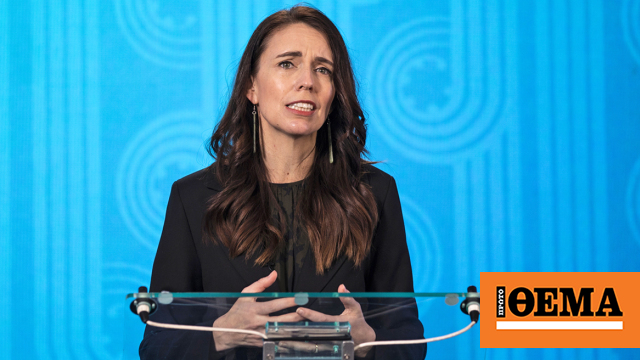 its prime minister New Zealand Jacinda Ardern announced today that she will be stepping down from her role next month – no later than February 7 – after more than five years in the job.

The lady summed up: “For me, it’s about time.” Ardern, 42, during a press conference as part of her Labor Party event. “I don’t have the energy for another four years,” he explained.

Jacinda Ardern became prime minister of a coalition government in 2017, aged 37, before leading Labor to an electoral victory and an outright majority in New Zealand’s parliament three years later. Recently, however, she has seen her and her party’s popularity decline in opinion polls, and elections are scheduled for later this year. Announced today that they will be staged on October 14th.

One of the world’s youngest heads of government, and the second to become a mother while in office, made a surprising announcement at her first press conference in 2023.

In her first public appearance since Parliament began its month-long summer recess, Ardern made it clear she hopes to use the break to find the energy she needs to continue governing. “But I wasn’t in a position to do that,” he added.

She made it clear that she would continue to perform her duties in parliament until the October elections.

He asserted that he would not leave because “I think we cannot win the next election, but because I believe we can, and how are we going to do it.”

WATCH: Jacinda Ardern announces she’s stepping down as New Zealand’s prime minister, saying she’s given it all over the past six years. pic.twitter.com/8Uh5bt8Y6o

Labor will vote to elect their new leader by Sunday.

Ardern’s deputy prime minister and finance minister, Grant Robertson, announced at the same time that he would not be a candidate to succeed her.

The outgoing prime minister confirmed that there was no hidden reason behind her departure.

“I’m human. We give as long as we can, and then it’s time. And for me, it’s time.” He continued, “Being Prime Minister is the greatest honor of my life, and I want to thank New Zealanders for their privilege of leading the country for five and a half years.” But with “privilege comes responsibility, including the responsibility to know when you are a person of good judgment and when you are not.”

In addition to real estate crises, child poverty and climate change, the outgoing prime minister has had to deal with the deadly terrorist act in Christchurch, the volcanic eruption, the novel coronavirus pandemic and the consequent financial crisis. He admitted that strength came at a “significant” personal cost. “I know what this job requires, and I know I don’t have enough fuel in the tank to do it right. It’s very simple.”

“For my time in office, I hope to leave New Zealanders with the belief that you can have kindness but also strength, compassion but also determination, optimism but also sheer focus. You can be a leader of a special kind: a leader of your own.”

See also  32-year-old grandmother! - Her daughter got pregnant at the age of fourteen (video)