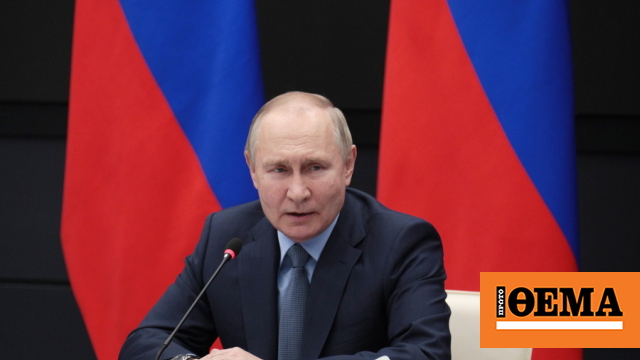 Russia is ready to negotiate with all parties involved The conflict in UkraineBut Kyiv and its Western backers have refused to engage in talks, the president said Russian President Vladimir Putin.

The Russian invasion of Ukraine that happened next Feb 24 It caused the bloodiest war in Europe since then World War IIBut it is also the largest confrontation between Moscow and the West since the Cuban Missile Crisis in 1962.

The Kremlin declares that it will fight until all its goals are achieved, while Kyiv declares that it will not rest until every Russian soldier has been expelled from all its lands, including Crimeawhich Russia seized in 2014. “We are ready to negotiate with anyone involved acceptable solutions, but it is up to them. We are not the ones who refuse to negotiate. “They refuse,” the Russian president told state television. Russia 1during his interview, broadcast today.

Putin said Russia was acting in the “right direction” in Ukraine because the West, led by the United States, was trying to dismember Russia.

“I think we are heading in the right direction and defending our national interests, the interests of our citizens and our people. We have no choice but to protect our citizens,” he added.

If the fender material were light, we wouldn’t be talking about a tragedy, says the driver’s lawyer in Bucharest