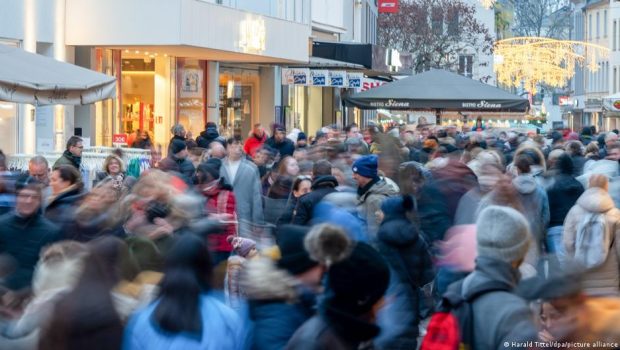 Millions of workers in Germany have already received tax-free compensation economic inflation With the approval and support of the German public. The rest of the workers look forward to this assistance, which will give them some respite from accelerating energy costs.

Employers have two years to pay it Tax-free allowance for employees. The aid will be the subject of negotiations on new collective labor agreements in the public sector, postal service, food industry and restaurants from January.

The Fed remains more cautious than the markets about inflation

According to a survey conducted by the Ifo Economic Institute, 42% of companies intend to pay the aid, 14% refuse it and 44% have not decided. “Especially those in industry and large corporations can take advantage of this tax-free bonus,” IFO expert Joanna Jarnicz said Friday. On the other hand, in the trade sector, only 33% of employers believe that a one-time payment of €1,500 is possible.

“We consider that tax-free aid will also be the subject of further negotiations on new collective labor agreements, so that more workers will benefit,” says Michael Schrody, spokesman for the German Social Democrats’ parliamentary group on the economy. Issues. This one-off aid aims to provide relief to workers at a time of spiraling prices. Without increasing wage costs in the long run, this leads to an upward spiral in wage prices, which leads to an increase in inflation.

And 4.5 million workers in the metallurgical, electronic, chemical and pharmaceutical industries will receive 3,000 euros in two installments, in addition to the wage increase. The bonus not only benefits employees of listed giants such as BASF, Bayer, BMW, Fresenius, Henkel, Mercedes and Siemens, but also employees of countless smaller companies.

The Verdi trade union welcomes inflation compensation payments to banks such as Deutsche Bank, Commerzbank and ING-Diba. Norbert Reuter, head of collective bargaining in the union, explains: “Payment of bonuses is not a substitute or a substitute for wage increases. Because this amount is spent quickly without having a medium-term impact on the employee’s income.

Low income does not benefit

“In times of economic instability, a lump sum payment makes sense,” says Clemens Fuest, President of the Ifo Institute. But he is criticized because the aid is mainly subsidized by the state, but also because “the tax-free payment of 3,000 euros mainly benefits middle and upper incomes, while it should focus on strengthening the lowest incomes.”

According to the Ifo Economic Institute, many companies have taken advantage of the jump in energy costs to increase prices and thus their profits, as happened, for example, in the construction, trade, transport and catering sectors. The vice-president of the food consumption union, NGG Freddie Adyan, has described companies such as Nestlé, Unilever and Coca-Cola as the winners in the crisis. In the upcoming collective bargaining negotiations in 2023 in the food and restaurant industry with a total of more than 2 million workers, the union intends to demand increases of about 10%.

Employees of supermarket chains Lidl and Rewe, SANA clinics, energy giant RWE and German Railways will also receive a tax-free bonus. However, both Feride Adian and Michael Srodi believe that it is still too early to draw appropriate conclusions.