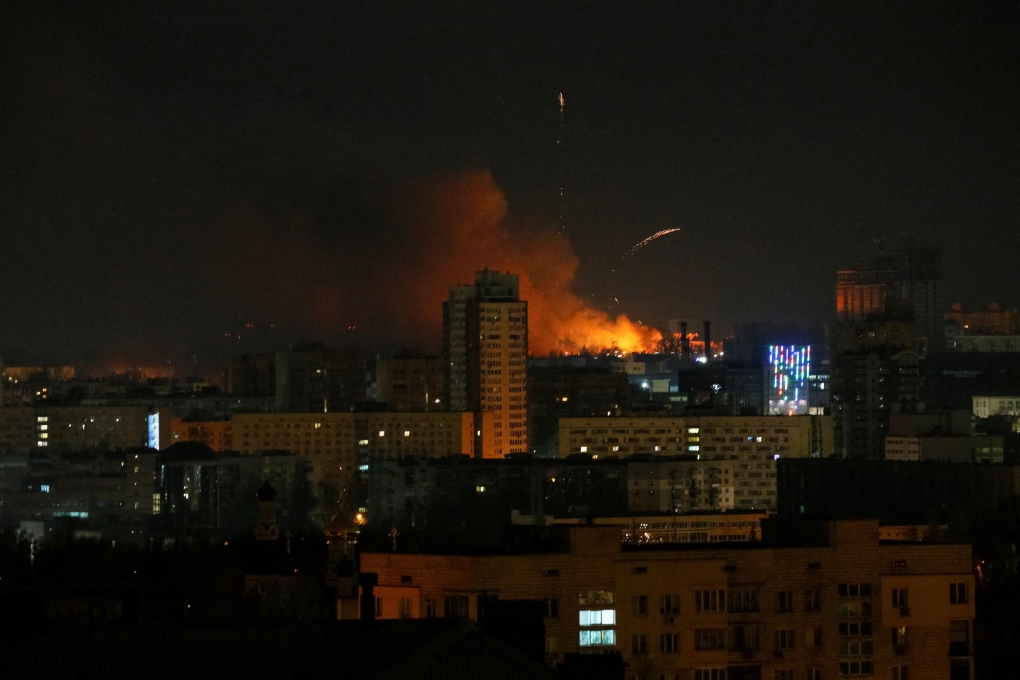 On Sunday, April 17, a spokesman for the Russian Defense Ministry said that the strikes carried out in the Kyiv region destroyed “An ammunition factory located in the outskirts of the Bovary conglomerate. This was confirmed by Igor Saboyko, Mayor of Brovary, for his part “Some elements of the infrastructure were affected” In the early hours of the day. In addition, the Russian DCA claims to have destroyed two Ukrainian MIG-29 aircraft.
As stated by the official spokesperson “In the speech of Turkish President Recep Tayyip Erdogan on April 16, a special operation was carried out in the Primorsky region in order to free the hostages held by the Ukrainian Nazis in the Turkish mosque”. According to these statements, the hostages were released “29 militants, including foreign mercenaries, were eliminated.”.

The Russian defense believes that “The nationalist regime in Kyiv recruited 6,824 mercenaries from 63 countries. Since the start of Russian operations on April 24. 1035 of thesemercenaries » She was reportedly killed by Russian forces and 912 eventually left the country without a fight. “Recall that according to international humanitarian law, foreign mercenaries do not have the status of “combatants”. They came to Ukraine to earn money by killing Slavs. That is why the best that awaits them is criminal responsibility and severe prison sentences.”, identifies Russian General Igor Konashenkov.

After Ukrainian President Volodymyr Zelensky said on CNN on April 15 that 2,500 to 3,000 fighters from his camp had been killed and about 10,000 wounded since the start of the Russian offensive in Ukraine on February 24, Moscow gave an entirely different assessment the next day. day.
A spokesman for the Russian Defense Ministry estimated this “The Ukrainian group suffered the loss of more than 4,000 people just in Mariupol” As of April 16th. According to his figures, there were about 8,100 fighters, all units combined on the Ukrainian side, on March 11. “During the liberation of Mariupol, 1464 people surrendered. Their number is constantly increasing, including the number of those who fled from the Azovstal lands ”, A metal complex that serves as the city’s last stronghold for pro-Kif fighters.

During the liberation of Mariupol, 1464 people surrendered. Their number is constantly increasing. Konashenkov also explained that according to the testimony of the captured Azovstal fugitives, “The number of Ukrainian soldiers, Nazis and foreign mercenaries who are holed up [dans l’usine] It does not exceed 2500 people. In all, the Russian defense estimates the death toll of soldiers in the Ukrainian camp at 23,367 soldiers as of April 16.

On CNN, the Ukrainian president gave a number in the same order of thoughts as Russian casualties: between 19,000 and 20,000 dead. Moscow’s last official report on its losses dates back to March 25, and spoke of 1,351 deaths, a figure regularly disputed by Western observers who believe these losses are much higher.
On the 53rd day of the Russian invasion of Ukraine, the corridors for the evacuation of civilians were suspended. Russia on Sunday called the Ukrainian soldiers still fighting in Mariupol to surrender at 06:00 Moscow time, 3:00 UTC, and promised them life.

In the face of increasing Russian military pressure, including pressure on Kyiv, V. Zelensky said he invited Emmanuel Macron to go to Ukraine to see with his own eyes that Russian forces are committing Genocide ‘, a term his French counterpart refused to use so far. The Ukrainian president accuses Russia of wanting Demolition “The whole of the eastern Donbass region, undertakes to do everything in its power to defend it, starting with the strategic port of Mariupol, where the besieged soldiers are called up to fight.” to the end “.

A Russian Defense Ministry spokesman said Ukrainian forces have been driven out of most of Mariupol and all that remains are Azovstal’s steel plants, where tunnels allow fighters to hide and hold out until they run out of ammunition. A. said. Konashenkov on Sunday that “ Up to 400 foreign mercenaries who say they are mostly European and Canadian citizens,” It is now surrounded as part of the Ukrainian group in the territory of the Azovstal Corporation The Russian general added thatIn the event of a new resistance, they will all be destroyed The Russian general continues, adding that he offered them terms of surrender, but the fighters were prevented from doing so. ” The nationalist regime in Kyiv, according to radio objections, prohibited surrender negotiations, and ordered the Nazis in Azov to shoot anyone who wanted to lay down their arms between the Ukrainian army and foreign mercenaries. “.