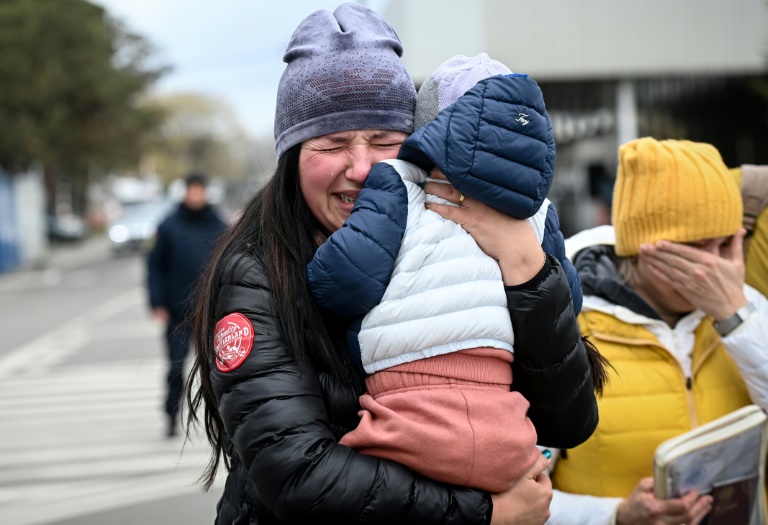 Russia announced, on Tuesday morning, that it carried out dozens of air and missile strikes at night in eastern Ukraine, where, according to Kyiv, the frightening “Battle of Donbass” began weeks ago.

Russian troops began the battle of Donbass (..) No matter how many Russian soldiers were brought here, we will fight. “We will defend ourselves,” Ukrainian President Volodymyr Zelensky declared Monday evening.

Moscow calls on Ukrainians to “lay down arms”

The Russian Defense Ministry called on the entire Ukrainian army to “lay down their arms” and called on the last defenders of Mariupol to stop the “foolish resistance”.

“Do not be tempted by fate, take the only correct decision to stop military operations and lay down arms,” ​​the ministry said.

He promised to “save lives” to Ukrainian fighters from Mariupol (southeast) who are still occupying the Azovstal industrial site if they surrender from 12:00 noon (09:00 GMT) on Tuesday. This strategic city on the Azov Sea has been under siege since early March.

The United States and its allies meet on Tuesday

US President Joe Biden is scheduled to attend a virtual meeting on Tuesday dedicated to the Russian attack in Ukraine, the White House said.

A White House official told AFP he would discuss “with allies and partners” the United States, whose list has not been released, “continued support for Ukraine and efforts to ensure that Russia is held accountable.”

A few hours after Ukraine announced a new Russian offensive in the Donbass, France’s defense minister reiterated on the radio on Tuesday that “it is more necessary than ever” to stop European imports of Russian oil. Economics Bruno Le Maire.

“We’ve always said we want a coal embargo, and it’s done, and a ban on Russian oil,” he said.

In 2021, Moscow supplied 30% of crude oil and 15% of petroleum products purchased by the European Union.

No evacuation corridor for civilians on Tuesday

Ukrainian Deputy Prime Minister Irina Vereshuk announced the inability to organize a civilian evacuation corridor on Tuesday in Ukraine, due to the lack of an agreement with the Russian side, for the third consecutive day.

In her words, “heavy shelling continues in the Donbass region.” In Mariupol, “the Russians refuse to open a passage for the exit of civilians in the direction of Berdyansk.”

“We continue the difficult talks” on this issue in the Kherson (south) and Kharkiv (east) regions, she said.

Stellantis suspends its activity at its Russian factory in Kaluga

The multinational car group Stellantis announced, on Tuesday, the suspension of the activity of its only Russian factory in Kaluga (southwest of Moscow), due to international sanctions imposed on Russia and a lack of equipment.

According to the group, 2,700 employees at the site have been placed in technical unemployment or on furlough until the beginning of June.