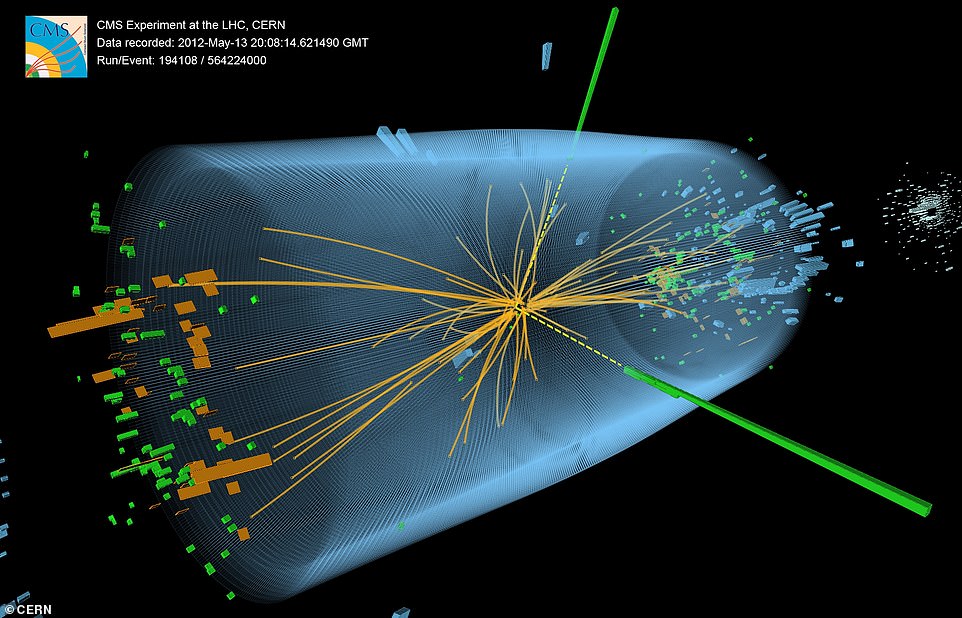 Many Americans will celebrate the country’s birthday today, but physicists and science nerds will also celebrate the 10th anniversary of the discovery of the Higgs Boson—also known as the “God particle”—on July 4.

You may not be familiar with physicist Peter Higgs, who first predicted the existence of the new particle in the 1960s and hypothesized that we are surrounded by an ocean of quantum information known as the Higgs field, but his Nobel Prize-winning discovery makes everything else possible. In our world it is possible.

The existence of the Higgs boson is one reason why everything we see, including ourselves, all the planets and stars, has mass and exists – which is why it has been called a “God particle.”

The particle that Higgs and his physicists postulated in 1964 could gain mass only by interacting with a field permeating the entire universe. That is, if the field were not present, the particles would float freely and move at the speed of light.

Scroll down for the video

The discovery of the Higgs Boson in July 2012 forms the basis for the existence of all elementary particles in our universe. The image above is a visualization of an event recorded in the CMS detector at CERN’s Large Hadron Collider. Shows the properties expected from the decay of the SM Higgs Boson into a pair of photons

Unlike many other notable discoveries, the Higgs Boson simply cannot be found in the traditional sense – it must be created. Once created, evidence of its decay is looked for in data collected at the Large Hadron Collider at CERN.

In the world’s largest particle accelerator — where protons are smashed together near the speed of light in a vast, 27-kilometre racetrack-like tunnel 300 feet underground on the borders of France and Switzerland — scientists knew they had found evidence of it. its decay in 2012.

Many technologies – in healthcare, industry, and computing – were developed in the decade since Higgs Boson was first observed.

Since its discovery was announced on July 4, 2012, physicists have been analyzing how the Higgs Boson interacts with other particles to see if it conforms to what’s known as the Standard Model of physics. 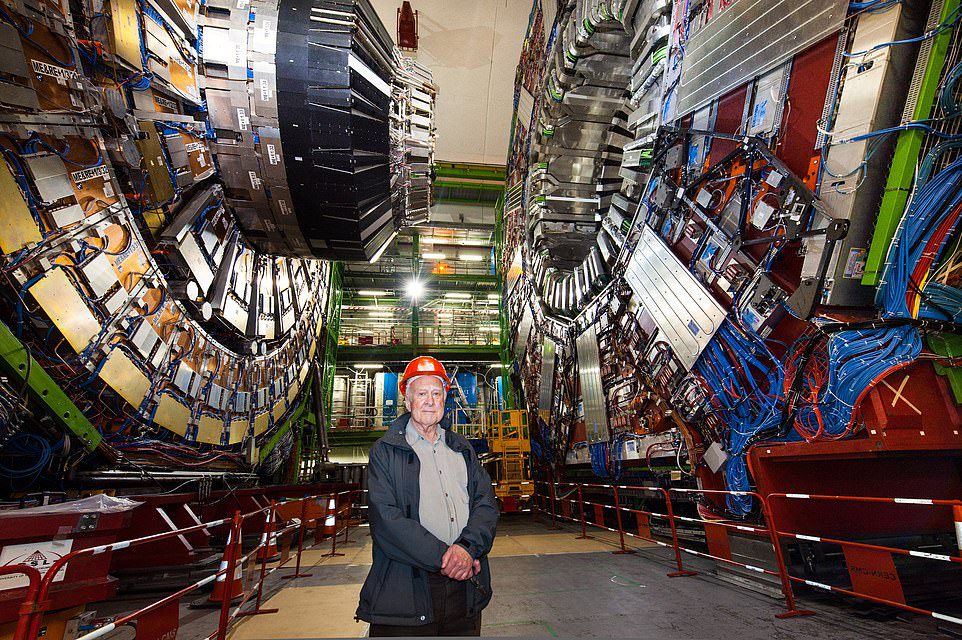 The Higgs boson is an elementary particle – one of the basic building blocks of the universe according to the Standard Model of particle physics.

It is named after physicist Peter Higgs as part of a mechanism that explains why particles have mass.

According to the Standard Model, our universe is made up of 12 particles of matter – including six quarks and six leptons.

Each force has a corresponding carrier particle known as a boson that acts on the matter.

The theory went that the Higgs boson was responsible for the mass transfer.

It was first proposed in 1964 and was not discovered until 2012 – during the operation of the Large Hadron Collider.

The discovery was significant as if it had been proven nonexistent, it meant tearing up the Standard Model and going back to the drawing board.

The Standard Model is a heuristic theory that explains three of the four main forces of the universe – electromagnetism, the weak force, and the strong force – but excludes gravity.

There are other aspects of our universe, such as dark matter and dark energy, that have yet to be explained by the Standard Model.

Scientists have been studying how the Higgs Boson interacts with other particles and what so-called “couplings” can produce – this was achieved by conducting numerous experiments and analyzing a lot of data.

By 2018, scientists determined that 58% of the Higgs bosons decay into b quarks, also known as beauty or bottom quarks.

Although CERN has been the center of the action when it comes to the Higgs Boson, not many people realize that at one point the United States would have been home to what would have been the world’s largest particle accelerator – called the Tevatron.

Planned in the 1980s for a site deep under Waxahachie, Texas, a particle accelerator would have been 87 kilometers long with the ability to slam protons together at higher energy levels than is currently possible at CERN.

However, a combination of bureaucratic uneasiness with the cost of the project and unease among scholars and religious people alike over the phrase ‘God particle’ led to the project’s cancellation in 1993.

CERNFounded on September 29, 1954, it is the focal point of a community of 10,000 scientists from around the world and is also the birthplace of the World Wide Web. It has 23 member states, but the United States only has observer status at CERN – which means it’s not part of the CERN board that makes important decisions about its science.

In 2012, Higgs and his collaborator Francois Englert won the award Nobel prize For “theoretical discovery of the mechanism that contributes to our understanding of the origin of the mass of subatomic particles.”

There are many questions scientists still hope to answer in the coming years and decades at CERN.

What can the Higgs boson tell us about the early moments of our universe?

Can dark matter and dark matter, which make up 68 and 27 percent of the universe respectively, be found from interactions with the Higgs boson?

See also  The study claims that the sun will devour Mercury, Venus and Earth, and explains how

Is it possible to open up microscopic black holes and could energy be drawn through them one day?

Can we reveal more information about b or beauty quarks and what are their significance for the singularity?

What can we learn about the M theory, which posits that instead of just three dimensions of space and time, there could in fact be at least 11 dimensions made up not of the particles we know but of tiny vibrational chains all interacting with each other.

The launch of Run 3 for the Large Hadron Collider will be broadcasted He lives On all CERN social media channels starting at 4pm on Tuesday, July 5. 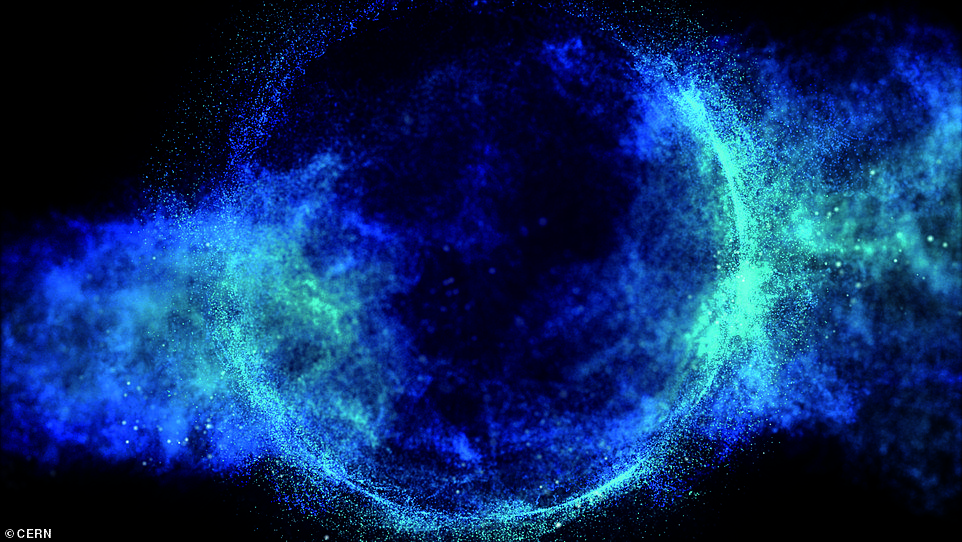 It is best to think of the Higgs field as an energy or information field that permeates everything around us. The image above is a technical view of this field issued by CERN 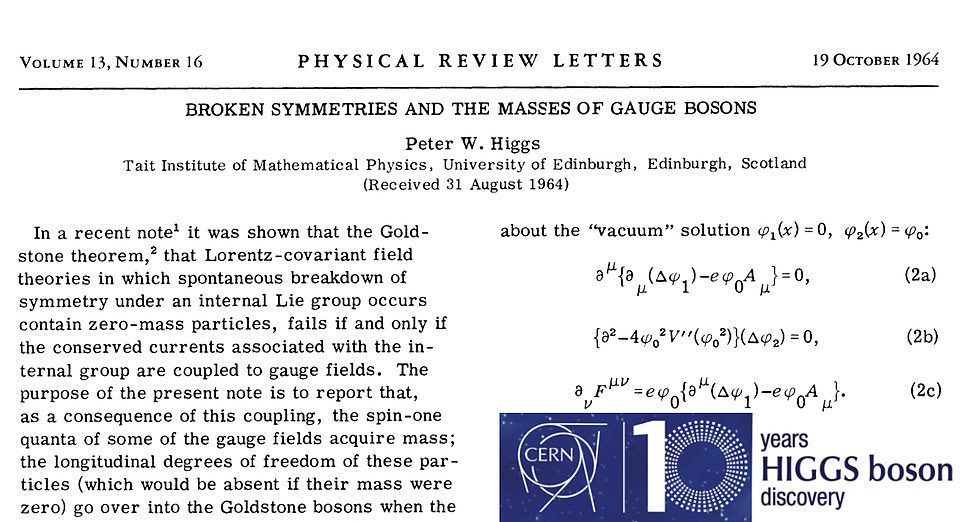 Physicist Peter Higgs first hypothesized the existence of the Higgs field and the Higgs boson in 1964. The image above is the scientific paper in which he demonstrated this state 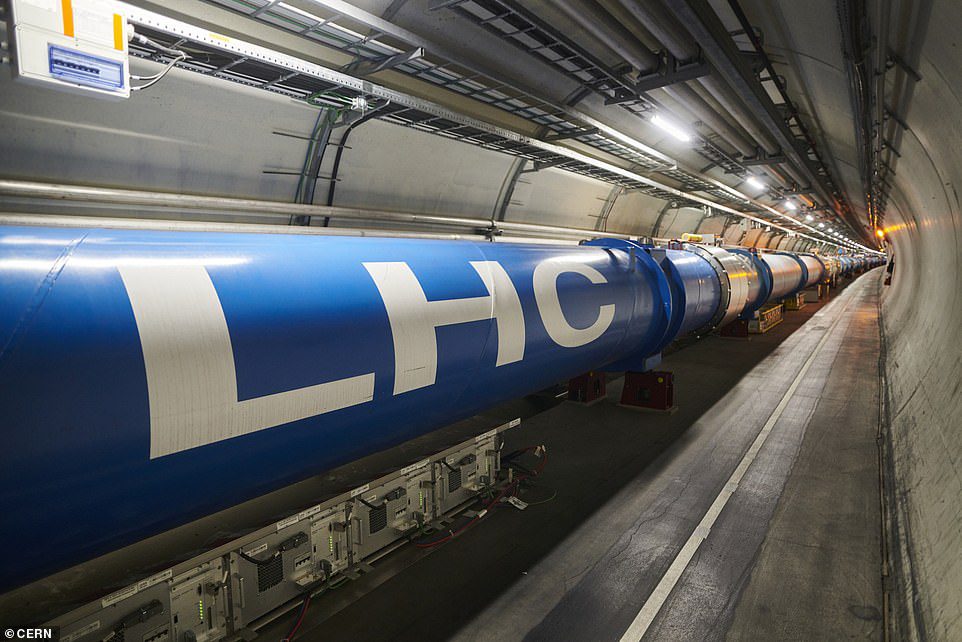 CERN is one of the world’s largest scientific institutions, and is home to more than 2,000 scientists working on many physics projects. The above image is of a series of LHC dipole magnets inside a tunnel at the end of the second long shutdown, when the facility at CERN was upgraded for a few years so that protons could be bumped together at much higher energy ranges when the 3 July start-up 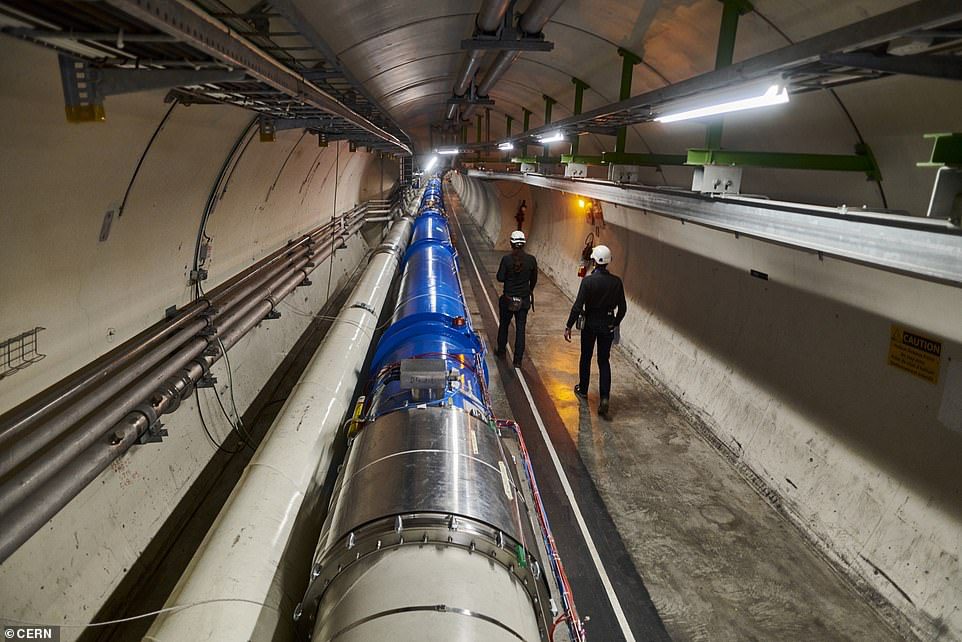 Future experiments at CERN will attempt to unravel mysteries such as dark matter and dark energy. Pictured above, a series of dipole magnets inside a tunnel at CERN’s Large Hadron Collider