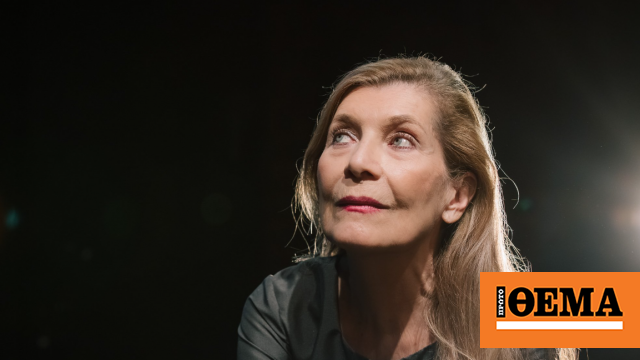 Very difficult times for the actress Emilia Ypsilantilike on mondaysaid goodbye»In Accra, her only daughter Marina, who died at the age of 55.

Journalist and director of the press office of the Argo Theater – Emilia Ypsilanti, Marika Arvanitopoulou, published a post on social media and published her first message the actor over the loss of her daughter.

The Argo Theater is in mourning.

> All the theater staff and collaborators express their deepest condolences and sorrow for the death of Marina Ypsilanti.

> Starting from November 18, the theater will operate normally in addition to the “Mrs. Klein” performances.

The sudden death of our beloved daughter and her mother, Marina, filled our hearts with sadness and thank you to all known and unknown friends for your support and the waves of love we received during the very difficult days of mourning.

Who was Marina Ypsilanti?

Marina Ypsilanti was the daughter of actress Emilia Ypsilanti and sailor Angelos Ypsilanti. Marina Ypsilanti studied at the Athens Drama School “Georgos Theodosidades” and after a short time decided to continue her studies in New York. From time to time, he has participated in TV series and stage shows while also working on children’s shows at ERT.

On December 18, the archbishop elections in Cyprus – the rich background

Mitsotakis: Some centers want a prime minister under pressure and a solid government – we don’t “chew”

See also  Where will the queen be buried? Why won't the Royal Vault be his last resting place