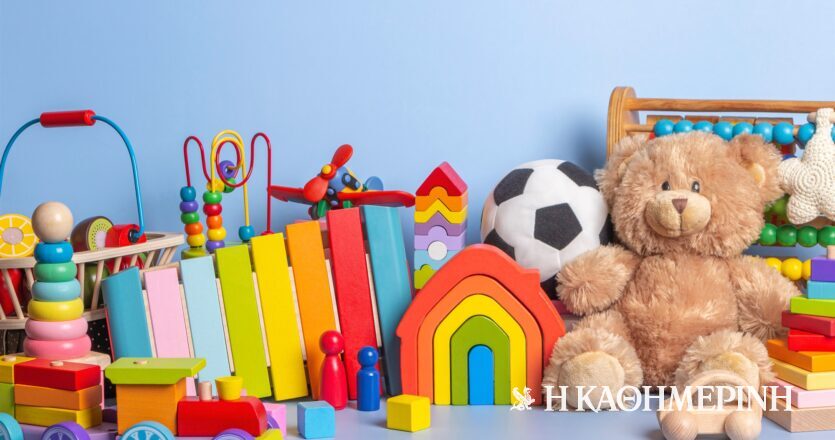 Older people, certainly those who were children of the 80s, must have played with the Baby Boo doll or with the Maya the Be doll and her friend Willy, and they would hold the Ajalitsa while they slept. These are some of the most popular games that have been made in Greece by two Greek companies El Greco and the Lyrawhich ceased to exist in the early 1990s.

Even if the reason for their non-existence is different, both have in fact “died” as of the late 1980s from the mass importation of cheap toys from China. It sounds ironic, but it’s true: the founders of El Greco, which had factories in Glyfada and Zakynthos, are George and Vivi Vakakis, parents of Apostolos Vakakis, owner of Jumbo groupfrom stores that contain mainly products imported from … China.

This is not the only irony in the case.Greek game»: China, where the Corona virus began to develop into a pandemic, gave a great boost to Greek game exports, especially within the European Union countries. the reason; Quality / price ratio and timely delivery of orders. Let’s not forget that since the fall of 2020 and especially in 2021, delays in shipping goods from China have been huge and freight rates have increased sixfold.

The fact that consumers are turning to toys made of wood and fabric also plays an important role.

according to its data EurostatThe value of game exports from Greece in 2020 amounted to 295.73 million euros, to increase further in 2021 to reach 327.6 million euros. Exports mainly to the member states of the European Union. In 2020 it was 228.40 million euros and in 2021 it was 272.96 million euros. To understand the change that has taken place in recent years, at least since the middle of 2010, it is enough to say that 22 years ago, in 2000, the value of Greek gaming exports was only 29.71 million euros, with imports nearly eight times as large (248.84 million euros). Although Greece still has a deficit when it comes to the Games – in 2021 imports were worth €468.31m – it is certain that the “gap” has closed significantly.

And perhaps it was the pandemic that gave the impetus, but the return of the Greek game to international markets – but also to the domestic ones – began, as did other companies that sought income from sales abroad, in the past years of notes. It is no coincidence that already in 2015 Athens Chamber of Commerce (BEA) Actions have been taken regarding the establishment of a regulation for the awarding of the Greek badge at the Games. Although the topic has waned and there was a revival of discussions in 2019, only to “freeze” after that due to the pandemic, in recent months there has been, according to the information, relative mobility on this issue between the General Secretariat of Trade, BEA and Greek Toy and Car Craftsmen Association (SEVPPA). An important role is also played by the fact that consumers are switching to toys made of wood and fabric, with less plastic.

Fortunately, many Greek game companies did not have the fate of El Greco and Lyra, but they continued to design and produce games in Greece, such as Environmental Protection Agency From the Acuarone family of Thessaloniki, which started manufacturing toys in 1930 from lead materials left over from the printing house it runs, “Desyllas” and “Remundos” with activity since 1948, which was the first to deal only with the production of chipboard and wooden educational toys , and many more. Almost all of them, of course, in order to continue working, are simultaneously active in the import and trade of toys.

A very good year for retail companies in this sector

“They are doing their best this year. In 2020, the shops were closed, last year there were restrictions on the unvaccinated and a massive outbreak of coronavirus during the holiday season, so this year they are unrestricted.” These are the words of a cashier at a branch of a leading gaming chain a few days ago when asked about it and after several minutes of waiting in line. In fact, the fact that this year there are no restrictions on physical store purchases has given a huge boost to the gaming market, a market where there is a wide variety of products, but also prices.

Just such a variety of prices, along with a scale “Santa Claus basket”, that is, the availability of a series of games in different categories at affordable prices, a measure that will remain in effect until January 11th, largely compensates for the limitations that consumers have shown in spending in other categories. Moreover, the importance that the toy retail companies themselves attach to this initiative is demonstrated by the fact that on December 14, when the Santa Basket implementation began, 14 companies initially announced their participation and by the evening of the same day today they reached 32 games with 1560 toys, Now 40 companies, large and small, are participating with 1,991 games. Indeed, a decrease in prices was recorded in 149 cases, while no increase was observed.

It should be noted that in the Christmas and New Year period, toy retailers make more than a third of their annual turnover. This year, due to inflation, it is possible that the Christmas and New Year turnover will not only exceed what happened in the corresponding period of 2020 and 2021, but even before the pandemic, in 2019. This assessment was made on December 13 and Jumbo Group in its announcement to the Athens Stock Exchange . In fact, if the above estimate is confirmed, the group expects its total sales for 2022 to increase by 10% compared to 2019.

See also  How many miles is my car built for?