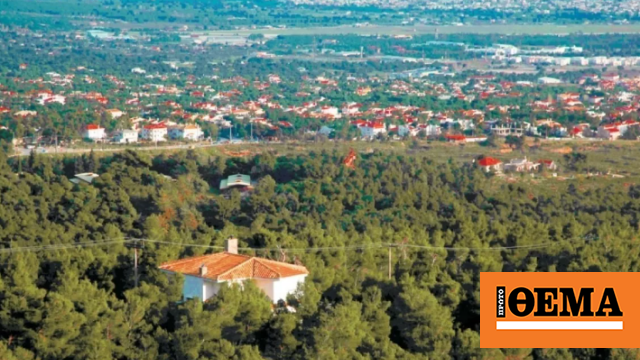 The “confiscation” of thousands of properties is being brought to an end by a provision in the Ministry of Finance Act, whereby the public ceases to claim properties within the city’s once-existing schemes. public forests But then they lost their forest character without leaving their management Ministry of Finance.

While these properties were announced in land registration By citizens who have respectively paid transfer taxes on their purchases as well ENFIA, The Greek government claimed – at the suggestion of the Forestry Directorates – even today by filing objections against individuals.

This way to many regions of Attica And from the state the audience was found to claim entire blocks of flats And urban areas, causing serious legal entanglements for citizens. It should be noted that in recent years thousands of citizens in the municipalities of New Heraklion, Nea Ionia, Agia Varvara, Peristeri, Sidari and Galati have been confronted by the state and the General Directorate of Public Property of the Ministry of Finance, while Similar problems were encountered in other parts of the country.

With the new provision (Article 15) of the Ministry of Finance in the encroached forest land tenure bill submitted for consultation, the state will refrain from From now on litigation in real estate Which are located in areas within city plans or settlements to which the Forest Protection Act does not apply forest lands (998/1979).

As mentioned In the regulation, these properties have come under the administrative responsibility of the Ministry of Finance With delivery receipt protocols. However, since these protocols when submitting declarations and objections to the cadastre were accompanied only by territorial identification data, the land services do not have sufficient data on them, and therefore there are no reasonable hopes that they will justify their positions. Greek state. “In view of all of the above in addition to the disruption it has caused and will continue to cause in social and economic life due to objections and lawsuits not supported to a large extent by the state, the legislator chooses to refrain from after the trainingExplains the rationale for the law.

Global disappointment over Soules’ stance on the Leopard mission in Ukraine

Survivor All Star: Runner-up and tension over ‘illegal’ couples – watch the video

Mitsotakis announcements on the second four-year term and dilemmas