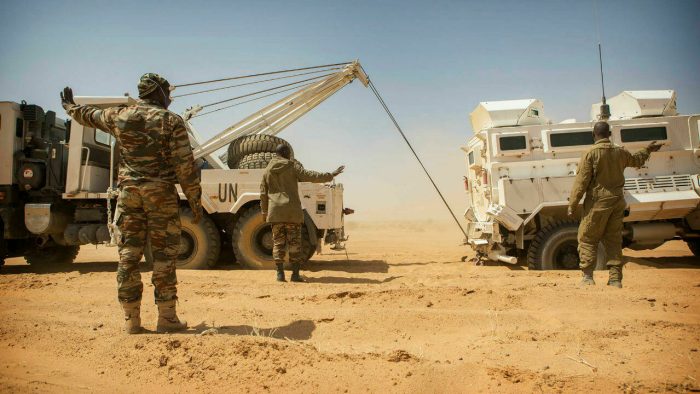 On Friday, February 18, the United Nations was alarmed by the deteriorating food situation in the African Sahel region, saying it lacked nearly $500 million to help more than 10.5 million starving people. According to the United Nations World Food Program, the number of people on the brink of starvation in the semi-arid Sahel belt has nearly doubled over the past three years.

Of those about 10.5 million people, 1.1 million are in a critical emergency phase in five countries: Burkina Faso, Chad, Mali, Mauritania and Niger, he says. The UN agency adds that it needs $470 million to continue food aid operations there over the next six months.

‘A growing and complex food crisis’

“The World Food Program is alarmed by the worsening food crisis across the Sahel“Says one of its spokespeople in Geneva, Thompson Ferry.”The region is facing a growing and complex food crisis“, more severe than its predecessors in light of the combined effects of conflict, COVID, climate hazards, and price hikes,”That deprives millions of people of basic mealsFood prices have soared by 30%, and the region has experienced unprecedented droughts since 2011, according to Thomson Ferry.

See also  Ukraine-Russia war: Four products exported by Russia and Ukraine are supposed to become the most expensive in the world

In 2021, WFP and its partners assisted 9.3 million people in the five countries involved. The UN agency says it has converted more than 110,000 hectares of sterile fields into fertile land, in cooperation with local communities.