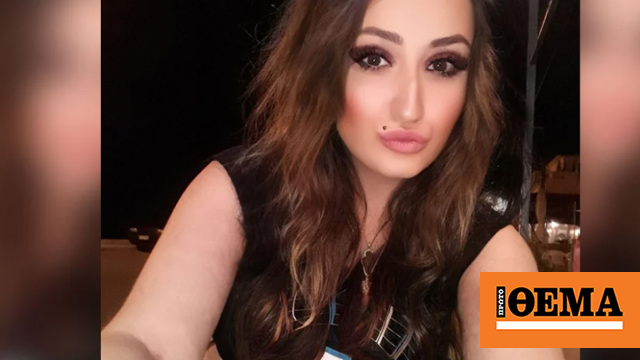 Only four people attended the 11-month-old’s funeral Infants Found drowned Aliagmona, accusing his mother of throwing it into the river. The girl was buried after 15:30 on Monday, along with her 29-year-old mother, the child’s grandfather and two relatives.

The father did not come because he was not notified by the family as he claimed, but by someone at the cemetery. In a statement to the Star, the father, who did not identify the child and maintained a bond with the girl, said, “He was an angel, happy … Whose heart does not ache..?».

And, “When I went I saw the child. It was well cared for, it was fedI took him to the doctors… I tried my best for this child.” He also pointed out that from the day the child was born He tried to identify it. A DNA test was also done, she added: “I struggled to identify the child, nothing more. We didn’t get along and I don’t know the reasons why he didn’t want me to admit it.”


Remembered for Manslaughter The woman was accused of throwing her only 11-month-old child into the dam at Aliakmonas after confessing to authorities.

But she denied that she killed her child. “I was told I didn’t kill my baby and it was over. I don’t know what happened“, he kept saying.

According to his information protothema.gr, the woman took a taxi from the village of Stavros Imathias on December 31, with the child in her arms, to the place where they dropped it off. He then went to Alexandria and stayed in a hotel where he spent the New Year and returned home at dawn where he lived with his child, grandmother and grandfather.


The grandparents were alarmed to see the woman return without the child, and when they asked where she was, he reportedly replied, “Where is she, she’s fine,” to calm but not reassure them. People alerted the police and started calling people in the village to see if they knew of any help in finding their granddaughter. Finally, the police They found the baby in the icy water of the riverEarly next morning.


The child’s father, who is not related to the mother, He previously reported on protothema.grhow Although he tried to identify the child after birthHe always faced a wall, yet he often visited it, visited it, and spent time with it.

She declares that she is shocked by the murder and can’t believe how the 29-year-old made this decision to kill their child.

«I fought for this child from the day he was born, I wanted to recognize him. I saw it often, she was always cleanly dressed and well, I could not imagine what had happened. If there was even a sign I would have done it differently“, he says.

«I wanted to take legal action as there was denial from his mother and his family and they would not allow me to agree. I would go home to see the baby and meet a wall in front of me“, he notes.

«We are not married and we are not in a relationship. I managed to manage the person who was at home, the baby was fine, well dressed and indifferent, so I took him to the doctor, returned him to the house and left. I couldn’t believe what happened” he insists.

He said then that he was unable to contact the 29-year-old after hearing the sad news from the police. At last he saw her December 2 He took the child to the doctor on Christmas Day and refused to let him see the child. “I fought for recognition and gathered documents to go to court. I couldn’t believe what happened. Everyone can have their say. I want nothing to do with her. The kid loves it and he has never told me anything in the past».

The infant’s funeral is held in great secrecy

Meanwhile, in great secrecy and in the most intimate family circle, at noon on Monday, Funeral of 11-month-old baby allegedly killed by 29-year-old mother It may be remembered that the young woman was said to have thrown away the child The frozen waters of the Aliakmonas Dam at Veria and abandoned it, resulting in his dying a gruesome death.

At the funeral of the girl at the village cemetery Cross of ImadiaJust 400 meters from the family’s home, a total of four people attended, including the infant’s grandmother, grandfather and uncle, while the child’s father, who was not a relative. 29 years old He didn’t have time to recognize it, he wasn’t at the funeral.

Forensic examination at The child’s body An autopsy report was completed Monday afternoon Death by suffocation in water. She was also taken to the Forensic Service 29 years old For experimental and practical matters. The file with the medical examiner’s report has already been sent to the defense and competent counsel for inclusion in the case record.