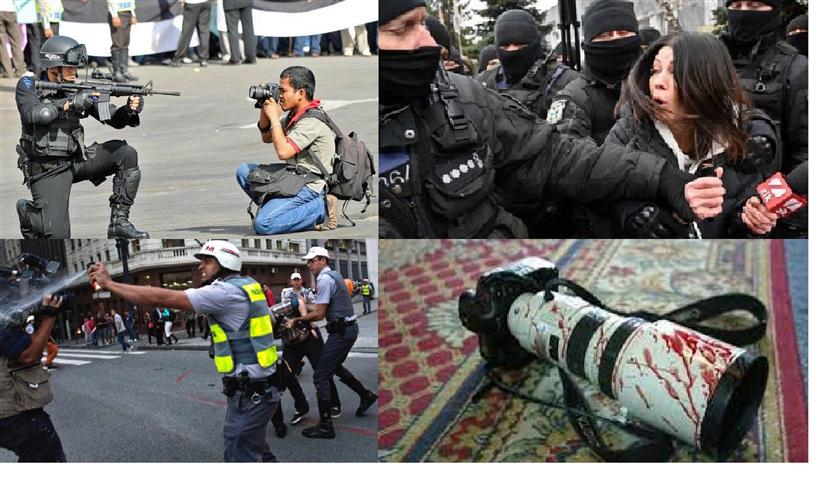 The Violations of Freedom of Expression report was prepared by the Brazilian Radio and Television Association (Abert).

Such content indicates that the number of journalists and media professionals who have been victims of non-violent violence has increased by 21.69 percent compared to 2020. There were 230 in 2021 and 189 in the previous calendar.

Similarly, according to Abert, the number of attacks on reporters doubled in 2021 from the previous year, from four to eight. Guns have been used in 50 percent of cases.

2021 is the second year in a row that Aberdeal has not produced a report since 2012, when it first began reporting on the killings of journalists. The first occurred in 2019.

Despite the above, the association recalled the killing of broadcaster Weverton Rapello Frose last year. The crime has not been calculated as the investigation is still ongoing.

The study also points out that a report by the United Nations Educational, Scientific and Cultural Organization (UNESCO) warns that 55 media professionals will be killed in the world by 2021.

For its part, the report shows another investigation carried out by Pitts.

Research reveals that in 2021 there were four thousand virtual attacks on newspaper work per day; 167 per hour; Three per minute.

One year ago, there were 7.9 thousand attacks a day, 331 per hour, six per minute. The exhibition considers “bad words, derogatory and derogatory remarks against professional magazines” as attacks.

Between March and June 2021 the social networking site Twitter recorded half a million aggression messages against the press, and nearly 20 percent to accounts for autonomous behavior, according to another study released last September.

See also  Is the Russian invasion starting? What do we know until this Wednesday

The NGO Reporters Without Borders, a Brazilian technology and association, conducted an investigation to find out the motive for the attacks on Twitter, a network of about 20 million active users and a strong presence of professionals in the country. Press.

The investigation shows a high level of commitment to user groups that support the administration of President Jair Bolsanaro in the networks.

The study’s authors report that “large communications groups and female journalists who are considered critical of the government are the primary targets of attacks.”