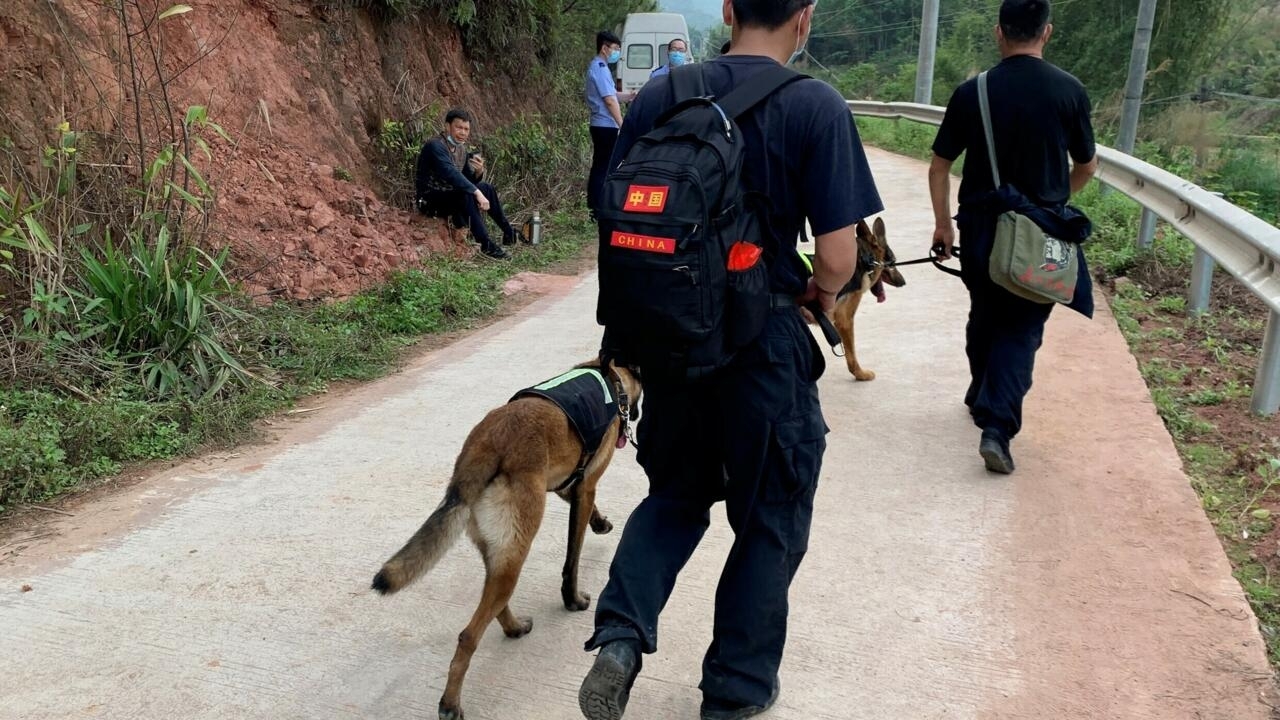 Wuzhou (China) (AFP) – Rescue teams battled rain and mud on Tuesday to search for traces of 132 people aboard a China Eastern Boeing-737 plane that crashed just minutes after it crashed in a mountainous area in southwest China.

Hopes of finding survivors faded a day after the Boeing 737-800 crash, which could be China’s worst aviation disaster in nearly three decades.

Meanwhile, questions have been piling up as to the cause of the shipwreck, which lost 26,000 feet (about 8,000 meters) in three minutes before crashing into a mountainside on Monday afternoon.

The airline has confirmed that the occupants of the plane that connected Kunming (southwest) with Guangzhou (south) were dead, but did not provide further details.

President Xi Jinping has called for a full investigation into the cause of the crash.

Rescue teams, firefighters and other emergency personnel rushed to the rural area of ​​Guangxi province.

Rescue workers told AFP Tuesday that traces of the plane’s burnt remains and the fire it caused were found. One of them guessed that the passengers were “completely reduced to ashes” by the intensity of the fire.

A local, who gave only the family name Ou, described hearing a “thunder-like roar” on Monday afternoon, followed by a terrible eruption in the surrounding mountains.

State media showed uniformed rescue crews climbing to the ground shaken by the plane’s crash amid rooting trees and the plane’s debris, including part of the plane’s pink and blue logo.

Other images showed operators operating drones to facilitate the search with this steep terrain and dense vegetation.

See also  Miscalculations that did not allow him to break Ukraine

According to videos released by the Chinese media, the disaster occurred after a setback and the AFP could not immediately verify its authenticity.

In Guangzhou, flight attendants assisted the families of 123 passengers and nine crew members on board.

Flight MU5735, which took off from Kunming at 1:00 pm (05:00 GMT), “lost contact while flying over Wuzhou City”, according to China’s Civil Aviation Administration (CAAC).

“The company extends its deepest condolences to the passengers and crew who died in the plane crash,” China Eastern said in a statement late Monday.

The disaster provoked an unusually quick reaction from Xi Jinping, who said he was “shocked”.

According to state media, Deputy Prime Minister Liu He, a senior official close to Xi who frequently deals with economic problems, was sent to the area to oversee recovery and investigation efforts.

The U.S. National Transportation Safety Board has appointed an expert investigator to represent the investigation, and officials from Boeing, General Electric and the Federal Aviation Administration will act as technical advisers.

According to special flight surveillance FlightRadar24, the aircraft lost a distance of approximately 21,250ft (6,477m) per minute before disappearing from radar screens.

Jean-Paul Troadec, former director of the French Air Defense Research and Analysis Office, told the AFP it was “too soon” to make any decisions, but FlightRadar data was “very unusual.”

Despite the rapid and extensive growth of the sector in recent years and in recent decades, China stands out for its enviable aviation safety standards.

State media have indicated that the airline will land all of its Boeing 737-800 models.

In a statement, the US manufacturer said it was trying to “gather more information” and was working with its customers.

In 1994, China Northwest Airlines crashed, killing all 160 passengers on board.