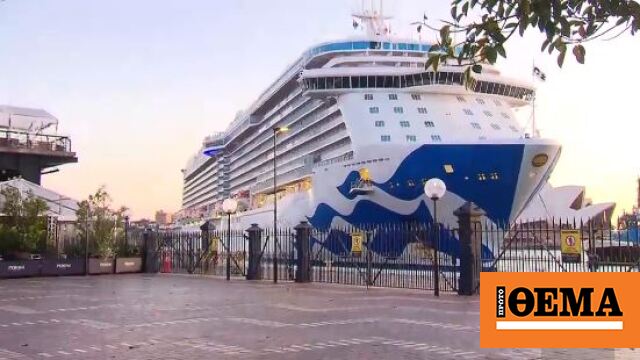 Australia’s Minister of Home Affairs today sought to reassure her country’s citizens that the Protocols are for her COVID-19 Enough after docking in Sydney A cruise ship carrying hundreds of passengers infected with the Corona virus.

cruise ship Majestic Princess – Australian Carnival It is docked in Sydney, the capital of New South Wales, the most populous state in Australia, with “nearly” 800 of its passengers having tested positive for the coronavirus, the company announced.

State health authorities have classified the risk level of this outbreak as “Level 3,” indicating a high level of infection.

The incident led to comparisons with the well-known Covid outbreak recorded in 2020 On board the cruise ship Ruby princess. And that outbreak, also in New South Wales, resulted in 914 infections and 28 deaths, according to the research.

Interior Minister Claire O’Neill He said authorities had put in place “standing protocols” in the wake of the Ruby Princess incident, and NSW Health Services would have the first word on disembarking passengers from the Majestic Princess, depending on the severity of each case.

The australia carnival, which is owned by Carnival Corporation & plc, said passengers who tested positive for COVID-19 are in isolation on the ship and receiving medical staff care, according to the NSW Health Authority. This service announced that it is working with the ship’s crew to monitor the health of passengers and crew members.

The federal government announced this week that the outbreak on the cruise ship comes as cases of COVID-19 rise in Australia, indicating community spread of the Omicron XBB strain.

35-year-old woman complains about her ex-husband: ‘He was hitting my head in the car’