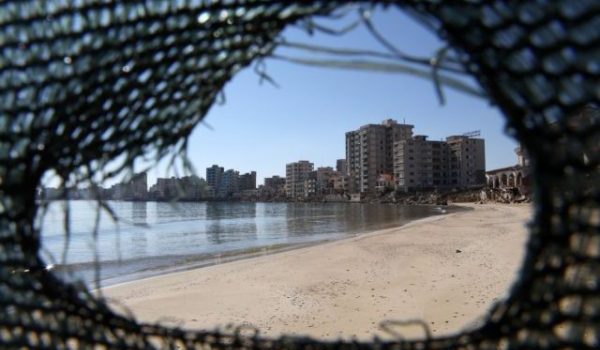 Dissatisfaction. It is the prevailing feeling in occupied Cyprus. Turkey’s growing influence. for his policy Ersin Tatar. To restrict democratic freedoms and rights. For the new position to be resolved Cyprus bifurcation appear. and on the effort to gradually turn Cyprus and the occupied territories into a “Turkish province”.

The Turkish Cypriots once again sent a message against Turkey’s methods through Ersin Tatar. This time through the “municipal elections” on Sunday.

Tatars: The presence of Turkish forces is a guarantee of peace

With occupied Nicosia leading the way. And on the re-election of “mayor” Mehmet Harmanji, the candidate of the Democratic Society Party (TDP). Creating a new dynamic, according to analysts in the Republic of Cyprus, even to elect a Turkish Cypriot leader from the left, such as Mustafa Akinci.

After all, occupied Nicosia has always been the “fortress” of the progressive forces and the left.

As the Cypriot media point out, the fact that the opposition forces were the winners in the elections, winning all the large occupied “municipalities”.

Harmentzi won Nicosia with 49.44% of the vote in a contest with six opposition candidates. It left Sela Ossar Incirli, who is backed by the Republican Party of Turkey, in second place and “condemned” Sadik Kardianoglu of the ruling National Unity Party in third place.

According to the results reported by the Cypriot media, the Turkish Republican Party won a total of 7 “municipalities”, the “ruling” party of National Unity 6, the first “participating” Democratic Party and 3 are the independents who were elected. “Mayors”.

See also  Russia: This is the new military commander in Ukraine

The independent is the “mayor” of Pergamum, Bulent Bebek, Agios Sergio, Katep Demir and Firat Ataser, the “mayor” of the unified “municipality” of Lapithos-Karavas-Myrtos.

The Democratic Party won the “municipality” of Akanto.

It should be noted that in recent times the reactions to the occupied territories have been particularly intensified and have been expressed on a number of occasions. The bills that the Tatar government has repeatedly tried to pass have led citizens to take to the streets and prosecute politicians and citizens who disagree with the policy imposed by Ankara, but also with the decision on the new “presidency”.

At the same time, Ankara confirms that it is working towards recognizing the occupation, and exerts clear pressure on the countries that it considers its “companions”, while at the same time making it clear that it has stopped discussing a bilateral solution. – The union of two regional sects demanding the division of the island.

Considering the Cyprus issue as a “safe field” for Recep Tayyip Erdogan’s challenges in the eastern Mediterranean.

And the Turkish Cypriots must declare with their votes that they do not give in to Ankara’s plans.