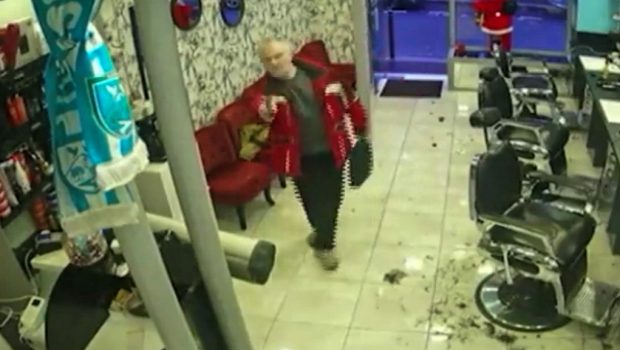 A video documentary about the 69-year-old who shot and executed three Kurds in Paris International media reported on Thursday (22/12).

In the video The 69-year-old, dressed in a red jacket, can be seen entering a barbershop near the cultural center where he shot, brandishing his gun and threatening those inside.

In a second video, the moment the 69-year-old was disarmed and immobilized by people inside the barbershop was captured.

The moments when a Paris shooter is kept on the ground by a civilian who is in a hair salon.
The salon is owned by a Kurd but in the video they speak Turkish (probably the Kurdish diaspora from northern Kurdistan) pic.twitter.com/Q10ExXpW4d

“I always wanted to kill immigrants”

The 69-year-old, who admitted during his interrogation that he felt a “pathological hatred of foreigners,” is accused of killing Amin Kara, the official of the Kurdish movement in France, in addition to two men, including the artist. and political refugee Mir Perver.

Three other men were injured – one seriously – but their lives were not in danger. Five of the six victims had Turkish citizenship and one was French.

According to the prosecution, from the investigation conducted at the home of the 69-year-old’s parents, where he also lived, no evidence of his association with any extremist group was found. It seems that he initially sought to find victims in a suburb of the French capital, but then abandoned this plan.

During his interrogation, he claimed that his “hatred of foreigners became pathological” after a burglary at his home in 2016, and that he was depressed and suicidal, “but before killing myself I always wanted to kill foreign immigrants, after that burglary.”

The 69-year-old reportedly said he wanted to kill the Kurds because they were “holding prisoners in their fight against ISIS, rather than killing them,” adding that he aimed to use all the ammunition he had “and kill himself with the last bullet.” But they stopped him. .

See also  Democracy in Africa: The proliferation of coups does not mean the end of democracy