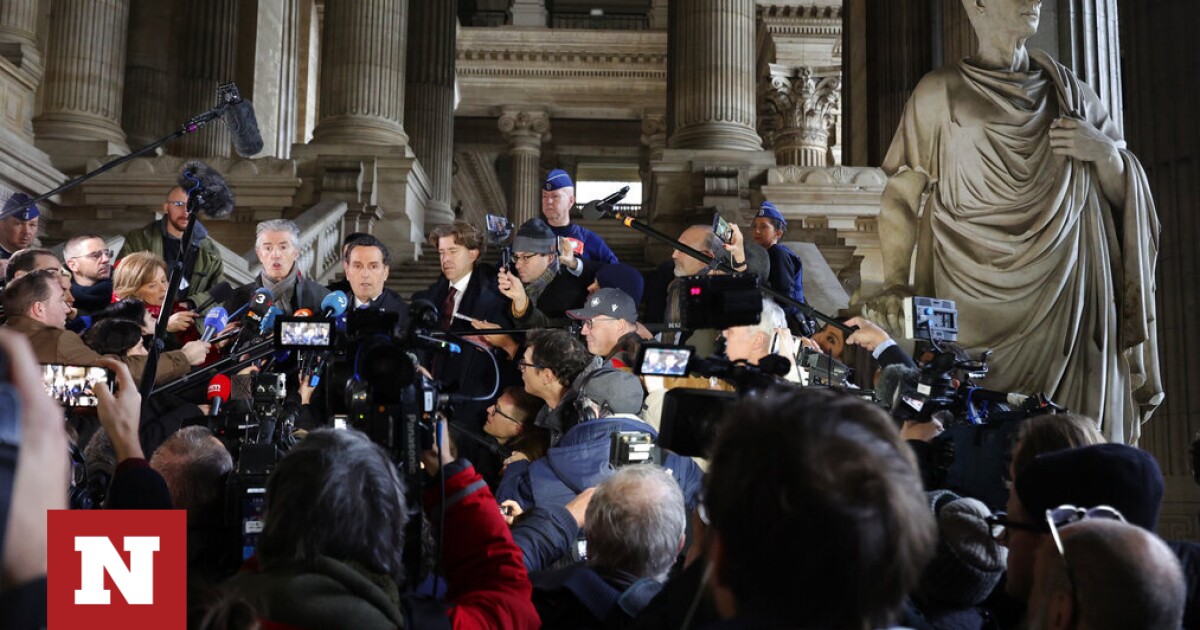 The “torrent” revelation continues about Qatar Gate, While Eva Kylie spends Christmas as a temporary prisoner in a harem prison. European Socialists point to a new suspect in a scandal and launch a ‘clean up’

The so-called Qatar Gate, which shocked Brussels, continues to be revealed. As reported by La Stampa and Politico, another person is now under the “microscope” of the investigation, namely Eldar Mammadov, Adviser to the Social Democratic Group in the European Parliament (S&D), also known as “Iranian”.

The centre-left S&D group suspended him and turned him over to the Belgian authorities as part of an internal investigation into alleged foreign interference in Brussels, people familiar with the matter told POLITICO, the European Parliament’s socialists. The launch of the so-called “Clean Hands” operation.

The internal S&D investigation comes as the party is at the center of a political scandal centering on whether Qatar and Morocco have bought influence in the European Parliament. Since December 10, the Belgian Federal Police have carried out a series of 20 raids on homes and offices in Brussels, seizing mobile phones, computers and Over 1.5 million euros in cash.

POLITICO reached out to Mamedov and specifically asked if he had been suspended. He replied that “under the current circumstances” he would prefer not to speak to the media. According to his bio on a website called Responsible Statecraft, to which he has contributed more than 50 opinion pieces since 2020, he is a former Latvian diplomat who worked at the Latvian embassies in Washington and Madrid. An archived web page on the Socialist site mentioned this He speaks Russian, Spanish, Latvian and English.

In some of his articles Mammadov said Promotes an anti-Riyadh line. Saudi Arabia is a regional rival to Qatar. For example, he hailed a letter — spearheaded by Belgian S&D lawmakers Maria Arena and Marc Tarabella — calling on the European Union to boycott the G20 meeting in Saudi Arabia in 2020. It describes its missions as promoting “ideas that move US foreign policy away from endless war.” Its Towards Dynamic Diplomacy cin order to achieve international peace».

Last week, he criticized Italian media for reporting a raid on his office in parliament. My office is not closed. Working from it today completely naturally,” he tweeted. His writings are also largely aimed at Azerbaijan. He has also sought to defend himself against accusations that he is pro-Iranian, especially against a US-based lobbyist that is often seen as soft on the regime and favors easing sanctions on Tehran.

“the official He was already targeted by the authorities For a series of shady behavior such as the “five” given to his friend Francesco Giorgi after the vote to liberalize the visa regime for Qatar. But now there is an official report of the judicial authorities, submitted by the General Secretariat of the S&D Group, in agreement with the security services of the European Parliament.

Mamentov was expelled from the team for “gross misconduct related to the judicial investigation.” The element that raised the alarm related to the fact that The official will receive some gifts from Qatar, which is prohibited by the Code of Ethics: Parliamentary sources revealed that he would accept a “full holiday package” to go to Qatar and attend a World Cup match. However, his participation appears to be broader and related to his maneuvers within parliament regarding actions against Iran and Russia. The newspaper “La Stampa” confirms that Mamedov is described as “an agent in the service of Tehran.”

“Iranian”, He was born in Riga 50 years ago. His parents hail from a region of Azerbaijan, but in recent years he has been highly critical of Baku, on a collision course with Tehran, and Qatar’s regional rival Saudi Arabia. He was an expert on Persian Gulf affairs, and previously worked as a diplomat in the Latvian Ministry of Foreign Affairs, and worked in the embassies in Madrid and Washington.

At that time, according to press reports, his pro-Iranian connections to the government in Riga were reported to the United States, effectively ending his diplomatic career. Since 2007 he began working in the European Parliament as a “political advisor” to the Socialist Group, and at the same time he was active as an analyst, wrote for several geopolitical websites and magazines, and promoted the Tehran agenda, as the Italian newspaper points out, pointing out that the “Iranian” is sentimental. ..Cigar Frank Sinatra and Real Madrid.

It remains to be seen how he was able to serve fifteen years in the European Parliament as Adviser to the Socialists, given that many MEPs today say he ‘had very tough positions’ and Try to influence members of the European Parliament. For example, on the occasion of the recent resolution defining Russia as a “sponsor of terrorism”: at first the group did not support the text, but then the deputies voted “yes” because they were afraid that it would be seen as pro-Putin. Not all: Eva Kylie abstained while Andrea Coccolino, Pietro Bartolo and Massimiliano Smirillo voted against “, as confirmed among others.

Eldar Mammadov was suspended for “gross misconduct” and reported to the Belgian police. The Socialists/Democrats (S&D) group announced this Implementation of “Operation Clean Hands”After revealing the attempt of foreign powers (Qatar and Morocco) to infiltrate the decision-making bodies of the European Union.

The S&D group employs dozens of advisers to help MEPs work on foreign affairs, and among them is Carlo Petarelli, a former Panziri aide. His job is to advise socialist MEPs on the Subcommittee on Human Rights, which Arena chaired until recently and who resigned temporarily amid the scandal that followed the raid on her aide’s office. And the Socialists have already said that they would “consider” taking legal action against anyone who undermines the group or Parliament and that They have a “zero tolerance” for corruption. In his media appearances, Mamedov has repeatedly stated that he is not speaking on behalf of the S&D group.

The Judicial Council met in Brussels on Thursday morning (22/12) and decided, after a few hours, to extend the detention of the former Vice-President of the European Parliament, Eva Kayley, for a month.

The Belgian authorities decided that he would remain in prison for three main reasons. The first is that He is considered a suspected fugitive. The second is that it is estimated that it could destroy evidence related to the investigation and could lead to further disclosure. The third is that he may be dealing with unidentified suspects, who may prove useful in the ongoing investigation.

The Public Prosecutor’s Office states that “in the interest and protection of the investigation, no further information will be provided and the media will be informed through the new press releases.” She was arrested on December 9 on charges of corruption, money laundering and membership in a criminal organization, and requesting her release on the condition that she wears an electronic bracelet, Rejection request. After she left the council chamber, well before the arrest warrant was issued, Ms. Cayley’s lawyers reiterated her “innocence” and stressed the fact that she had been “actively involved in the criminal investigation”.

During the search on December 9, about €150,000 was found in her home and nearly €600,000 was still in a suitcase her father had carried. In this scandal that has caused shockwaves in the European Parliament and tensions between Qatar and the European Union, Eva Kayli is one of the four main suspects imprisoned.

The former TV news anchor, who became a controversial figure in the Hellenic Socialist Party, as reported in a related Politico article, still denies that she received money from Qatar to influence her political decisions.