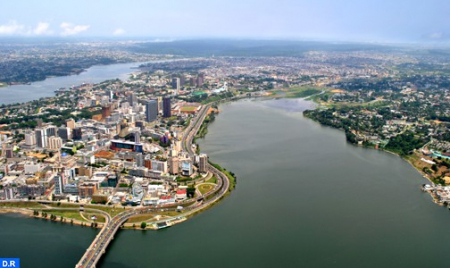 (By Hakim Anadi).
NAIROBI – Morocco, under the enlightened leadership of His Majesty King Mohammed VI, may God protect him, continued to devote its firm commitment to issues of environment and sustainable development in Africa, by strengthening cooperation in this regard with the countries of the continent and by strengthening its leadership in the service of Africa and the African citizen.

This continued commitment to environmental issues and sustainable development on the African continent is underlined over the years as Morocco and the Moroccan people prepare to celebrate the glorious Throne Day.

In all his speeches, His Majesty the King did not stop insisting on South-South cooperation and the interest shown by brotherly African countries, which made Morocco a continental leader keen to share its experiences and achievements with its partners.

At the top of the Moroccan experiences, which are admired and demanded by other countries of the continent, are the achievements in the field of environment and sustainable development, but also the creation of innovative mechanisms that allow the promotion of decentralized cooperation and the exchange of experiences in an integrated field. urban development.

The various international and continental events, organized during this year in Africa, were an opportunity to showcase certain aspects of the commitment of the Kingdom of Morocco to the vital issues of the continent, including the environmental issue.

In Nairobi, the Kenyan capital, Morocco was elected president of the Sixth United Nations Environment Assembly (UNEA-6) in March this year for a two-year term.

See also  The United States reopens its consulate in Cuba, closed since 2017

The Kingdom was elected to chair this council after being appointed as a representative of the continent in this prestigious position, within the framework of the United Nations Environment Program (UNEP), the highest authority in environmental affairs in the United Nations system. Broad support within the African group.

This success in the nomination of Morocco was the culmination of its continuous commitment and its irrevocable choice in the field of environmental protection and sustainable development, and demonstrated its role in implementing initiatives for the benefit of the African continent.

These elections have confirmed, once again, the credibility that the Kingdom enjoys, under the wise leadership of His Majesty, to continue carrying the voice of Africa within international bodies for collective, just and united action.

Two months later, Morocco signed a very special participation in the 9th African Cities Summit organized by the other Kenyan city of Kisumu.

During the event, which took place from May 17-21, the Moroccan pavilion, thematic sessions and side events organized by the Kingdom stole the show by attracting numerous visitors, officials and local elected officials.

Morocco actively contributed to enriching discussions during this continental event, with a particular focus on sustainable development and decentralized cooperation.

One of the highlights of this 9th edition of the African Cities Summit was the launch of an African network of urban agencies and similar institutions, at the initiative of Morocco. An initiative that has won broad support from more than a dozen African countries.

It is a mechanism that promotes the structuring and coordination of the exchange of knowledge, experience and good practices in the design of cities and also aims to be a space for the design of urban planning policies that promote harmonious and balanced development.

During the summit, several agreements were signed at the Morocco pavilion with local authorities and organizations from several African countries, including Uganda, Cameroon, Togo, Zambia, Burundi and Niger.

Morocco also organized several side events related to the Kingdom’s successful experiences, especially in the field of waste management and green cities.

The work of this session was marked by the presentation of the fruits of the African Support Fund for Decentralized International Cooperation of Local Authorities (FACDI), which was established in 2018 in Marrakesh.

Indeed, FACDI, which has financed 26 projects during its two years of existence, aims to support decentralized cooperation between Moroccan local authorities and the authorities of sister countries. It is a financial mechanism to support the implementation of cooperation and partnership projects.

In addition to its financial aspect, this fund represents an innovative mechanism for exchanging expertise and experience and promoting peer learning.

During the event, several seminars focused on the Municipal Performance Improvement Support Program (PAPC), launched by Morocco in partnership with the World Bank and the French Development Agency (AFD), as well as on the progress of Moroccan local authorities in terms of digital transformation.

Morocco, the host country of the eighth session of the summit, greatly helped in the success of the ninth edition of this summit, which explains his participation with one of the most important delegations.

As part of the high directives of His Majesty King Mohammed VI, who constantly calls for cooperation among the countries of the South, Morocco does not miss any opportunity to confirm its entrenchment in its African depth and its firm will to position the development of cooperation with the countries of the continent in the region. top priority of its policy.

See also  Charles de Foucault, author of "Reconnaissance in Morocco", was declared a saint by the Pope

The Kingdom has, in fact, chosen a clear course of action in terms of cooperation with African countries, consolidating its African affiliation, and consolidating its position as a leader at the continental level in many aspects. Hence the interest in effective participation in major events at the continental and international level with the aim of enhancing exchange, benefiting from achievements, identifying common interest and structuring it around an operational tool accessible to all.