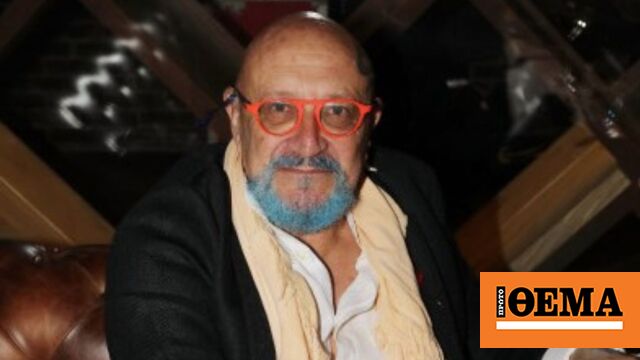 the Dimitris Arvanitis He did a full interview with “So” magazine. The director commented on the state of fantasy in the current season and targeted the series.Musical band leaderBy Christophoros Papakaliatis.

Initially, the director confirmed that he was disappointed with television: “The first thing that came was exhaustion. Mental fatigue as well as lack of fresh ideas, both on my part but mainly from processing channels for new ideas. If you look at the cover in a row, the concept does not change. This connection, which is mainly to the veneer of the stories and not to the core, creates for me a lack of inspiration».

After his presentation, Dimitris Arvanitis added:If I were a poor relative who had nothing to live for, I would certainly do. I also lost a lot of money from TV when MEGA shut down, but fortunately I was glad I was able to live. So dressing myself in something that doesn’t bring me joy is a choice I can make».

Responding to a related question about whether he approves of viewers’ choices and talking about viewing figures, he admitted:What the world sees in relation to what everyone qualitatively perceives is far from it. The audience will turn around and see. What needs to be considered is why the product works and whether it is worth it. The Papakaliati series does not worry me at all, for example, this does not mean that it is a bad series. He has a good production but it doesn’t turn me on personally. They answer me when I tell them how I switched to Netflix. I only watch 10% on Netflix. The fact of his departure, I consider it very important for Greece, but I will not see it, because it is outside what interests me. I think there will be a sensation again, and unfortunately all these workers will find themselves out of work again». He talks about the common elements his series maintains Christophoros Papakaliatis: «Unfortunately, the creator himself repeats himself both dramatically and as the protagonist he plays. Its themes are very similar, though here the subject matter is better and more mature. Sadly, his acting is the one I used to watch many years ago. I will not judge whether it is good or bad, but for me it is indifferent».

On January 9, Father Anthony was called to testify

A princely agony: Kate Middleton spent more on clothes in 2022 than in any year