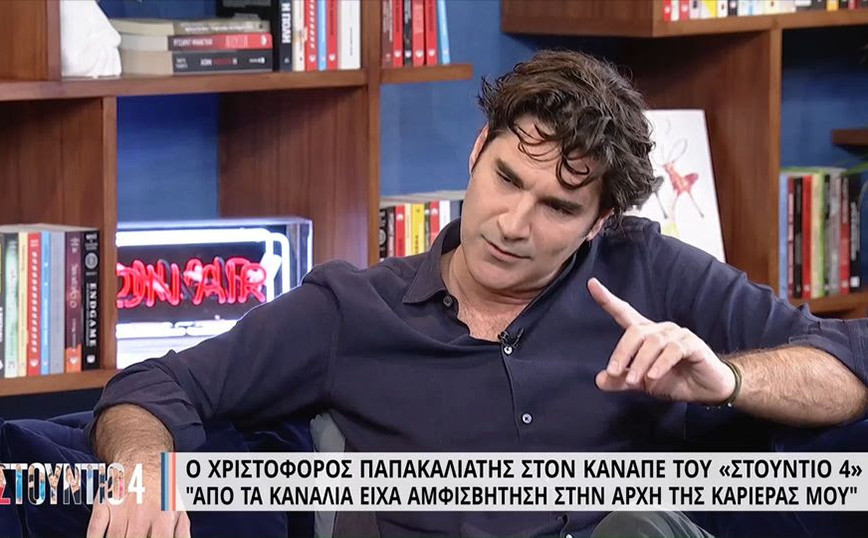 On the set of the show “Studio 4” from ERT, there was a guest o Christophorus Papakaliates To meet Nancy Zambitoglu and Thanassis Anagnostopoulos. The actor revealed that he auditioned for Titanic and specifically the role he passed.

«We did a scene with an actor, but he wouldn’t tell me what movie it was for. He told me it was about a famous ship that sank. I auditioned for… Titanic. After two years of watching the movie, I was like, “Damn! Is that what I’m going to do?”

The scene that Christophoros Papakaliates will play in the movie Titanic

The channels questioned me.

Specifically, Christophoros Papakaliates noted that “from the canals at first, of course, I had doubts, denials, and”You will do your work here and thereThey didn’t affect me though. I had all the drive and stubbornness. When you’re 24 and doing what you love, you feel like you’ve discovered the world and you want to conquer it. I had speed, and I had everything all young men have.”

“Today because of getting old in some things, I think, as we all have, part of it has matured and part has calmed down. Part of us hasn’t settled, realize some things and you are more at peace with them. My first TV job was at The Achaean Guards even though The Untouchables came in first! In other words, I actually spent a year in the Achaia lifeguard during filming, they simply ordered the Inadmissibles pizza from the next batch” Christoforos Papakaliatis noted, among others.

“Through all these written extremes, what I didn’t understand at the time was that they served as a means of saying certain things. There were always social issues in the background. We could have stayed in the mother-daughter part or in the “argument” with Konstantinos Markulakis about the child. But I didn’t understand the max too much when I was doing it. I would even say that at times the naivety of young people resonated,” added Christophoros Papakaliates.

See also  J2US - Angela Demetriou: "Honey, do you know something more than I don't?"

“My relationship with work is romantic. Not only for me, I think everyone who does this work ”said Christophoros Papakaliates characteristically.

And about his last movie “Another World” he said: “He spread abroad and I began to travel. When I went to the United States, clients and people came and I wanted to leave everything, I wanted not to work, I wanted to leave. I was very tired. I got burned. I got on a plane and ran away.” I had Greek friends in America and lived there. At the same time as I was writing and going for a walk, I was calm. I didn’t want to work. I wrote a movie but it wasn’t made because the pandemic followed.”