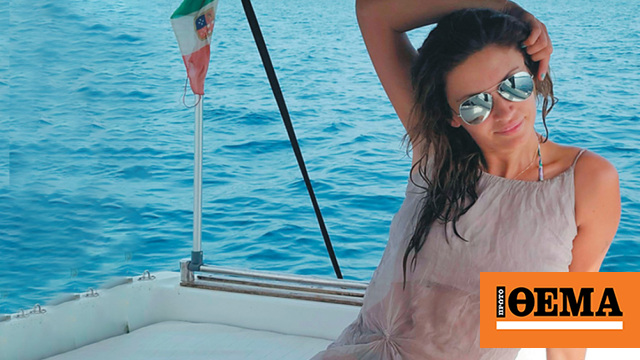 The judges of the Mixed Jury Court of Athens had to face an unprecedented situation today before the trial of 50-year-old artist Klondiana Cello, a woman who shot the father of her minor daughter a year ago. , outside his house Chalandri In fact, in front of their minor child’s eyes.

Accused For attempted murder 70 years old todayA well-known Athenian ophthalmologist, for other serious crimes, appeared in court as another lawyer, and literally burst into the climax of the demands, which were rejected by the court one after another.

At his first appearance in court, he said he did not have a lawyer and when the court appointed him one – as required by law – he did not want to represent himself. Another lawyer was subsequently appointed, which the defendant also refused, although after some time he requested to be represented by the first appointed lawyer. Subsequently, when the court informed him that this could not be done, he demanded to change the members of the bench, expressing his doubts about the veracity of the identities of the lawyers and witnesses. He demanded that the Albanian ambassador be present at the trial.

Thereafter, he submitted a request to have the programs telecasted. Even doubting whether her minor daughter, who was with the victim, was alive, she announced that she was on a hunger strike in jail and sought quashing of the court summons. All these are interrupted every time by the President or the District Attorney. When the above issues were settled, the 50-year-old sat on the bench and watched the doctor’s testimony of the father of her child, whom she had shot. In fact, he kept writing what he said A 70-year-old man She revealed to the audience the fruits of her relationship with the accused, which she experienced for about a decade, shortly after the birth of her daughter.

Beginning his testimony in court, the witness noted that he was familiar with the accused and recognized the minor, who spoke about the assault he received from a 50-year-old woman, and clarified that only the parents have been looking after the child since 2018. The accused has been barred from approaching the girl since 2017 due to security measures. However, he was allowed to see the child sometimes, as he said, “for humanitarian reasons”, but did not want to meet her.

«I saw him waiting for us outside the apartment building from a distance. He was talking on the phone and holding the wallet,” the 70-year-old told the audience in his testimony, explaining that he and his minor daughter were in his car at the time and entered the garage of his residence.

“Right then The accused came near the window of the car and asked the child to get out of it. Then she went to the main entrance and I heard her say to me: ”[email protected]@@@ not all kids will do what you want”. She relentlessly opened her purse and took out a revolver and started shooting at me. He fired three or four times,” the witness continued: “He stopped firing because the gun jammed, and as he saw me alive by the handle of the gun, he began to hit me on the head. I tried to run. … I was covered in blood, and he took a stone and hit me on the head and face. At one point he stopped hitting me and told the child to “let’s go”. The child lay down with her.”

See also  US Elections: What John Fetterman Says in Turkey

Unfortunatementioned later Among the surgeries he performedAs he said some of the bullets were “reserved”, he stressed that the minor was also at risk.

A bench member asked the 70-year-old doctor why he showed so much tolerance to the accused all these years. In response, he mentioned that he and his family had gone to police stations several times to condemn the artiste’s behavior but they were always asked to file a case against him, which they did. However, the accused, as he testified, was constantly under his house.

The Investigation will continue November 15.

Vasilis Papadiodorou: “I downloaded child pornography to write a book,” says the author.

A Week Ahead of Crucial Midterm Elections for Biden ‘Completely Wrong’

Tragedy in Glyfada: 18-month-old baby dies after falling in front of his grandmother!