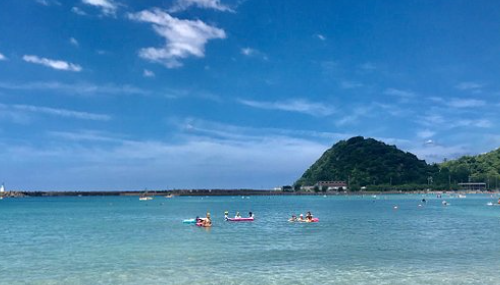 Swimmers in central Japan have been warned of the presence of a dolphin suspected of biting several people, with local authorities encouraging visitors to stay away from the marine mammals.

On Wednesday, officers on a beach in Fukui Prefecture, where the dolphin was seen several times, installed an ultrasonic device to repel it, a local official said.

According to local media, at least ten incidents involving dolphin bites have been reported to agents on this beach, which has officially opened for the tourist season since July 9.

“Dolphins tend to be considered cute, but if you approach them carelessly, they may bite and hurt you,” Fukui police wrote on their Twitter account.

According to local authorities, this series of attacks is the work of a single dolphin, whose presence was first noticed off another beach in April, said Mr. Masaaki Yasui, who is in charge of tourism in Fukui. A sign was also placed inviting visitors not to touch the dolphin on the beach.